Mohammed Azharuddeen is one of the upcoming names in Indian cricket. The Kerala wicketkeeper-batsman is said to be really talented and was bought recently by RCB in the IPL 2021 auction. With the intention of proving his worth to the world, the player is looking to make a mark. He recently did something that must have caught the attention of the cricket fans across the globe.

Mohammed Azharuddeen is known for his batting as well as good wicketkeeping. He recently did something that got the Royal Challengers Bangalore and the other cricket fans talking.

The Video Of Mohammed Azharuddeen That Went Viral; What A Brilliant Runout!!

It was a match from the Kerala T20 Cup that is a domestic tournament. The batsman played the ball into the covers and ran for a single. However, his partner sent him back and he tried to get back in. Meanwhile, the fielder ran to the ball, picked it up and threw it to the keeper’s end. What happened next was absolutely brilliant!!

The upcoming RCB star dived full stretch to complete a runout. He was very athletic in collecting the ball and inflicting the runout from a very tough position. He dived forward full-stretch and then pull the ball back to dislodge the bails. That took some doing and was really special.

RCB have a real talent amongst their ranks now. If he can keep performing the way he is now, things can be really good for him in the days to come.

IPL 2021 Will Be A Big Tournament For A Lot Of Young Talents; Can The Likes Of Azharuddeen Help RCB Win Their First Ever IPL Title?

The IPL 2020 tournament did not end well for RCB once again. The team was expected to be one of the favourites to win the competition. However, as always they crashed out as the fourth-best team in the competition. That would have surely not pleased the fans, who want more from their team. The title-drought is real and Virat Kohli and co. will want to change that. 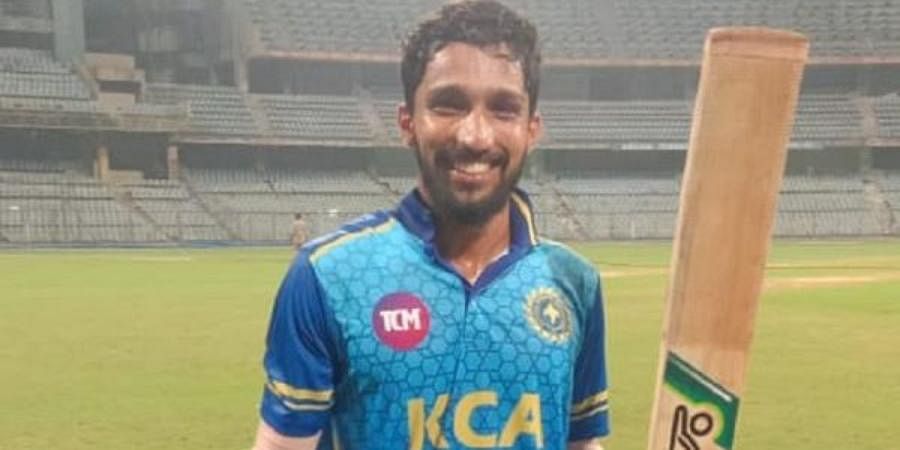 Everyone knows how eager King Kohli is to lift that trophy. He has been waiting to lift the IPL trophy since season 1 and it has still divided him. Now, this is a really good chance to win, with just eight teams in the competition. Next year, a couple of more teams are to be added to the mix. Things will then not be this easy, though with the IPL it never is.

Mohammed Azharuddeen will want to earn a place in the playing eleven for starters. If he can impress and earn a call into the team, that will be his big chance. He can then look to make an impact and do more. He could even get selected for the Indian national side in the near future. Just like Sanju Samson, Mohammed Azharuddeen could be a star in the upcoming years. Let’s wait and watch how this upcoming name in Indian cricket grows, though one must remember he is 26 already!!

Sourav Ganguly Has A Heart As Strong As When He Was...