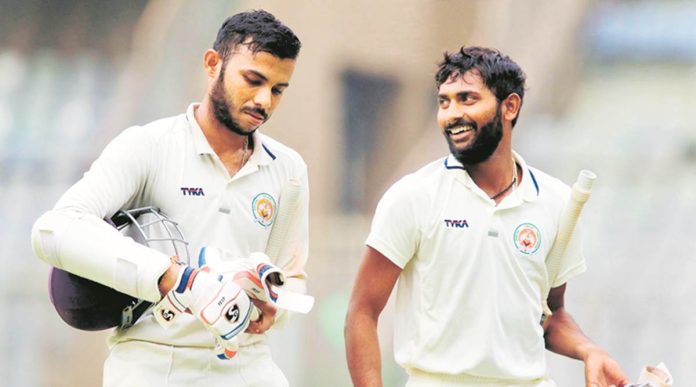 28-year-old Vishnu Solanki, trying to wear some spotlight in a star-studded tournament, dazzled with 16 runs off the final three balls of the Syed Mushtaq Ali Trophy quarter-finals versus Haryana to help Baroda advance to the semi-finals. In what was a nail-biting thriller, the last three balls decided the fate of Baroda, a team that stood in between a rough entering the tournament.

Getting into the last over with eighteen runs required, Vishnu Solanki and Abhimanyu Rajput carried the weight of a heavyweight team against a pacy Sumit Kumar who had a decent game until then. Kumar pressed on in the first three deliveries, achieving semi-yorker lengths and giving three singles in the meantime.

The equation came down to 15 runs needed in three deliveries as Abhimanyu Rajput in disbelief hit himself on the foot with the bat. But on the other end stood Solanki, with the determination that was going to stun the  Sardar Patel Stadium.

Nail-biting finish to the game; a brilliant game worth watching:

The fourth ball of the over Vishnu Solanki picked the slower ball. He was successful in hammering it for a six over long-on. Cheers started building up as Solanki went for a big drive. He ended up getting a slice on the fifth ball. The shot cleared the short third man for a boundary.

With the last ball to go and five runs required, a boundary was the bare minimum for Baroda to keep wearing their smiles. Vishnu Solanki – expecting a Yorker – stood deep in the crease and Kumar just bowled to his expectation. Creating a half volley of it Vijay Solanki hit an MS Dhoni helicopter that landed for a six. A strong wrist-work, paired with a glorious bottom hand show and Yuzvendra Chahal’s Haryana were out of the race. 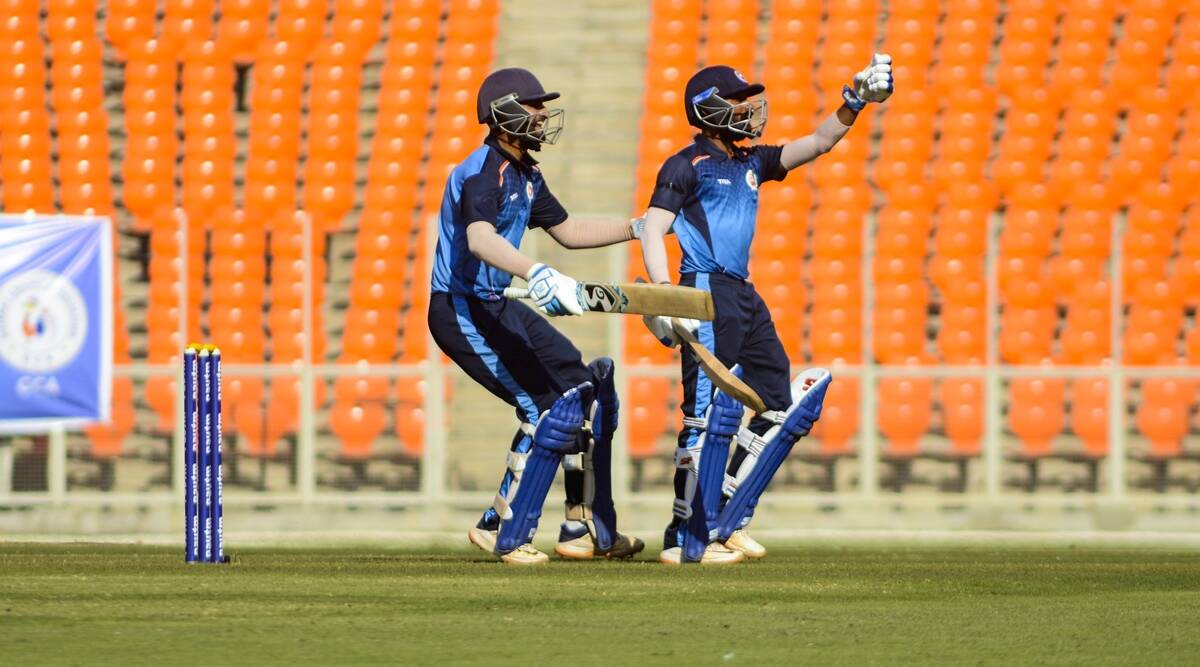 A quick summary of the match; what a game:

Earlier, having opted to bowl first, Kedar Devdhar and the company managed to restrict Haryana for 148 runs in 20 overs. Himanshu Rana’s gritty 40 balls 49 led the way at the top, following some decent finishing by Sumit Kumar (21 off 16 balls). For Baroda, it was Kartik Kakade who picked two wickets for seven runs in the twelve balls he bowled. Sheth and Pathan picked one wicket each.

Coming out to bat skipper Kedar Devdhar and Smit Patel laid a slow but strong foundation by scoring 33 runs in as many balls before the latter fell to the likes of Yuzvendra Chahal. Then came out Vishnu Solanki who scored 71 runs in 46 deliveries, taking Baroda to victory. Chahal picked one wicket giving away 15 runs in his quota of four overs, one of them being a maiden.

It will surely be interesting to see some of these top players like Vishnu Solanki in the upcoming edition of the IPL. Let’s wait and watch what the auction for the IPL 2021 brings to us. It could really be quite interesting in the upcoming days. Only time will give us more clarity. Let’s all hope for the best as cricket fans!!