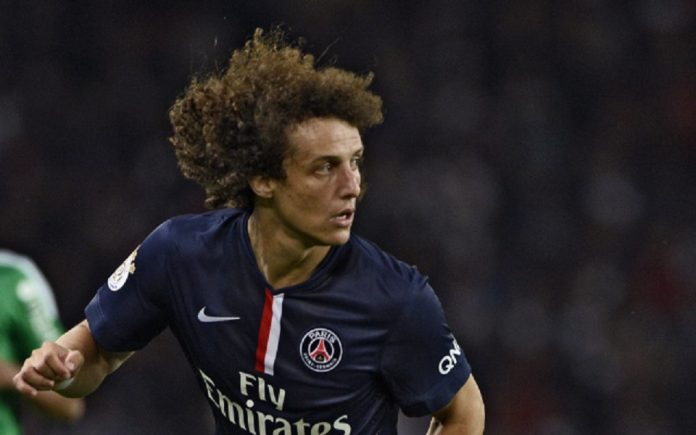 David Luiz could be set for a stunning return to Stamford Bridge, With the Premier League club offering £30m plus add-ons to Paris Saint-Germain, according to sources. The 29-year-old Brazilian left Stamford Bridge for Ligue one outfit Paris-Saint Germain two years ago in a £50m deal which was a world record fee for a defender.

But with just a day to go until Transfer Deadline Day, efforts are being made reportedly to bring back David Luiz to West London.

New Chelsea boss Antonio Conte has made it clear that a centre-back is top of his priority list with moves for Alessio Romagnoli at AC Milan and Kalidou Koulibaly from Napoli falling through so far.

A few sources from Italy had reported in the previous week that the Blues’ £30m bid for Romagnoli had already been rejected and that there was a “90 per cent” chance of Koulibaly not joining Conte’s team this summer, which would have forced the former Juventus manager to look for other potential targets.

Chelsea first purchased Luiz in January 2011 from Benfica for £21m. In his three-year spell at west London, The Brazilian made 143 appearances for the Blues in all competitions, scoring 12 goals.

It is clear that Conte is in need of more defensive options if he wants to win some major titles in the current campaign and the PSG man could be the right guy for the Italian manager. What happens next remains to be seen, before the transfer window eventually closes tonight.

No Offers For World-Class Goalkeeper, As Chelsea Keen To Beat Liverpool...

Update On The Future Of This Chelsea Star And Why He...