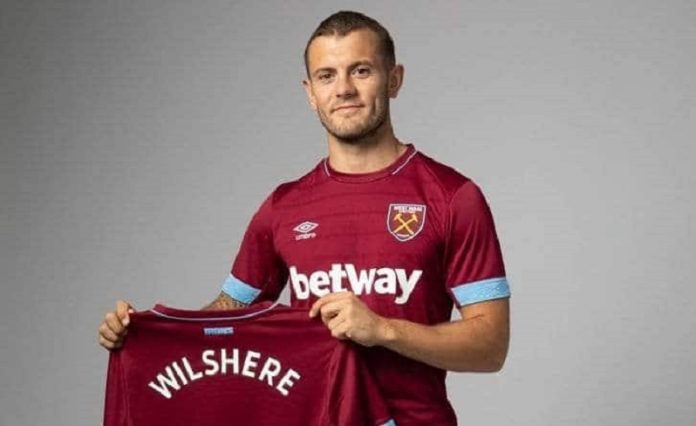 West Ham United are eager to secure the services of Jack Wilshere from Arsenal this summer transfer window. The England international will not be extending his contract with the Gunners in order to move away from the club and the Hammers are keen on bringing Wilshere to the London stadium. After Arsene Wenger announced that he will be leaving the club, Arsenal was dealt with another major blow regarding the future of the midfielder. The 26-year-old midfielder was on his last season with his Arsenal contract expiring this summer and there were a bunch of top clubs on the lookout, monitoring his situation. And Arsenal was gutted to know that Wilshere was not going to extend his contract with Arsenal after talks with new boss Unai Emery.

The Spanish manager who will succeed Wenger at Arsenal had reportedly told Wilshere that he would not be given regular football under him at the club in the next season which left the midfielder no choice but to leave his boyhood club. Arsenal already secured long-term contracts for other midfielders at the club including Granit Xhaka, Mohamed Elneny, and Ainsley Maitland Niles and is in the process of negotiating a deal for Aaron Ramsey.

After 16 long years, Wilshere has finally left Arsenal but there are still plenty of elite takers for the combative midfielder. Serie A champions Juventus have been keeping tabs on Wilshere and the Italian after signing Liverpool’s Emre Can, the Old Lady want to bolster their squad even further. Turkish club Fenerbahce is also set to prepare a move of their own for Wilshere. However, it’s unlikely that Wilshere will leave his native country and move away from England this summer as he prefers to stay put in the Premier League.

Wilshere has been linked with a move to Arsenal’s local London rivals West Ham United and has reportedly held talks with the club and new manager Manuel Pellegrini. The 64-year-old will be taking up the job at the London Stadium this summer and is a big admirer of the England international.

Wilshere was a regular for Arsenal until 2011 but injuries hampered the young man’s career he found it difficult to get back into the groove for Wenger ever since. He was also sent out on loan to Bournemouth for the 2016-17 career but wasn’t able to get back to his best just yet. Wilshere returned to Arsenal a year later and the aim is now to focus on his game without any injury woes.

Uruguay’s qualification to the quarter-finals of the FIFA World Cup has delayed a move for midfielder Lucas Torreira from Sampdoria. But one of England’s greatest prospects will be making way for the arrival of Torreira.

I don’t think Arsenal made the right choice by letting a player of the calibre of Wilshere leave because he was the only real fighter who showed passion and aggression on the pitch for the club. It’s difficult to see such a player leave but the club’s plan comes first and hopefully they can get in some players who can fill that void.

Will This Lacklustre Performance Play A Part In Arsenal’s Preparation To...