In an assurance given to the footballing fans around the world, Chelsea boss and former Italy manager Antonio Conte has confirmed that he will not be leaving Stamford Bridge any time soon and making the move away from the club. This statement has come, amid claims that the Italian coach was homesick and was planning to return to manage a club, in his native country once again, after previously having the job at Juventus.

The response comes after recent claims that the Blues’ main-man was considering a job offer from Serie A outfit Inter Milan and could have possibly left, at the end of the current term, if these speculations were true.

With there talks of a potential new deal to be signed soon, going around in the west London outfit’s camp and many reporters covering it, it seemed that there was some doubt with respect to the way things might eventually work out.

Well, the way the Londoners are playing at the moment, they could end up becoming the champions of England once again, which would mean that a return to the Champions League, next year.

It would be a positive instant impact for the Italian on foreign soil, if he actually managed to do that and the club will surely want him to continue for the years to come. 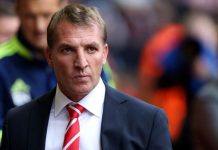 Preview : Chelsea Vs Southampton – Can The Blues Finish In...