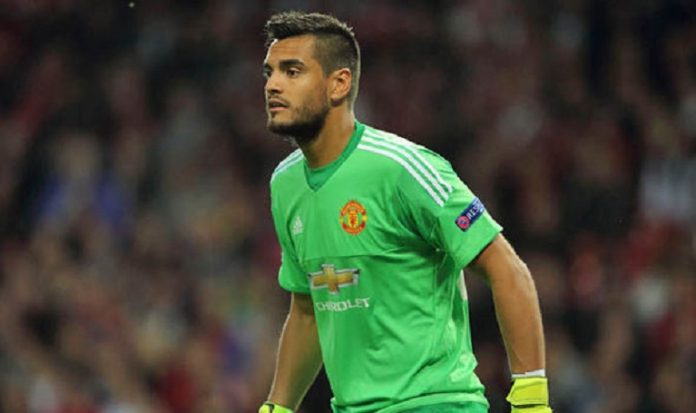 Recent reports suggest that Manchester United goalkeeper Sergio Romero is currently linked to Inter Milan as his limited action has been impressive for Jose Mourinho’s side. Rumors also state that the club has offered him a two-year contract at the San Siro. There has also been interest from Chinese club Zhang Jindong as they plan on recruiting the Argentinian for his shot-stopping services.

Romero has been playing second fiddle at Old Trafford as he is largely kept out by first choice keeper David De Gea who is arguably one of the best keepers in the world. However, a move to Italy with Inter could also see him kept as back-up to Samir Handanovic.

Earlier this month Romero had stated he is willing to stay at Old Trafford and fight against the challenge to play for United’s first team. Romero has been used throughout the Europa League competition and he has kept nine clean sheets in 14 appearances.

“When you get a chance to come to a massive club like Manchester United, even if you are aware that you might be coming initially as as second choice keeper it is a challenge you want to take up. You grab it with both hands if you like,” he said.

Romero further added “What I try and do is work hard in every training session each week to try and show to the manager that I am ready and to show to everyone that if I am called upon then I am in good shape and ready myself both confidence wise and ability wise to go out and not let the team down.

“You always hope to be the number one and it is something you work for every week. To come here was a great opportunity and challenge to accept.”

The 30 year old keeper arrived to Manchester United from Sampdoria in 2015 on a free transfer and the likes of AC Milan are also keen on signing him but he would still be on the bench, as Gianluigi Donnarumma is clearly the first choice.