However, some may have other plans and it can be weird too. Here we will talk about the retirement plan of Ignazio Barbagallo, a 55 year old footballer. Ignazio Barbagallo planned a false kidnapping of himself from the football pitch in a match of Catanese third division Championship match. A helicopter landed in the field. The whole field and the surrounding were completely filled with dust. It was all like a Hollywood movie. Ignazio Barbagallo was taken into the helicopter and it flew away from the field.

The whole incident was fake; but it was very well planned. The plan was so accurately executed that it looked real. The persons came with a mask in their face and kidnapped the footballer. It might be the most dramatic way a footballer can announce his retirement. We should give some credit to the thoughts of Ignazio Barbagallo. The man has really planned his retirement at it’s best. Ignazio Barbagallo is known for his pranks in his close circle. The man just made a signature statement about his retirement from football.

It is an unique way that nobody can even think about it in normal mood. The inherent ability to make people happy was the sole reason behind his thought. However, the football federation of Italy did not take it easily. They thought that it would be very much harmful for the players. The whole field was surrounded by dust after the plane landed. The safety of the players were in question. If the helicopter would have crashed, there might be injuries to the players present in the field. For those reasons, the club of the footballer, Citta Di Viagrande were fined around €200 and they were abandoned to take part in any competitive match till June. So, the effect has not been really good for the players present in the field. 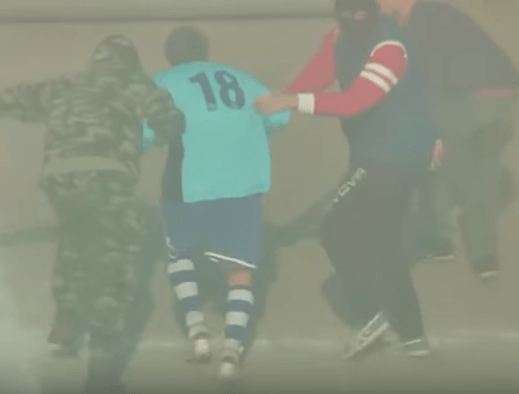 The club were punished without doing anything. The plan was completely of the footballer’s own. Ignazio Barbagallo might now be regarded as one of the best retirement plans ever thought; but for his deeds the club had to suffer and that is not quite good for them. The incident happened in Italy and the Italian football federation were not much happy about it.

However, we should praise Ignazio Barbagallo for his thoughts about retirement. The player have really made his own statement in this game. Can any other player think of a better retirement plan than this? We have to wait and watch the game regularly to find it’s answer.