Anthony Martial may just miss Manchester United’s next fixture against Huddersfield as he was not seen arriving at the hotel with the whole squad. It is a new dawn at the Old Trafford as former player Ole Gunnar Solskjaer has taken reigns from Jose Mourinho. The Red Devils played their first match under the new manager and it was like a breathe of fresh air watching the players play all out positive attacking football after so long. United emerged 5-1 winners over underwhelming Cardiff City.

Anthony Martial is one of the players who has found form this season and even under Mourinho he was the one who was most likely to find the back of the net. The Frenchman also scored in the last fixture and contributed heavily on all the goals created by his teammates. However, the youngster has had his tantrums during Mourinho’s era and now again he somehow missed to join the squad on time for their game against Huddersfield. 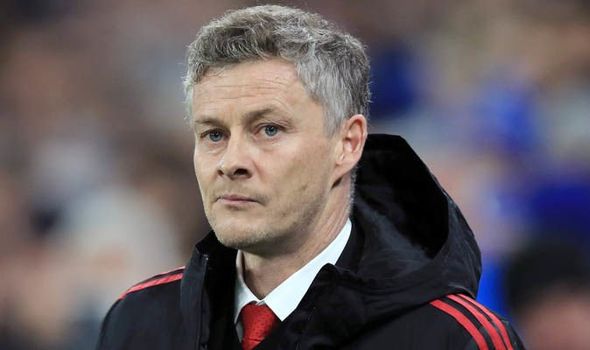 The Red Devils will hope after such a satisfying match against Cardiff, the same impact and momentum is carried against Huddersfield. The Terriers and their manager David Wagner had a commendable season last time out but this season they have fallen off the cliff and are currently in 19th position on the league table. Huddersfield desperately needs a win to pull themselves out of the relegation zone. Whereas Solskjaer’s new look Manchester United are also eager to push for a Champions League spot till the end of the season.

However, missing Anthony Martial can be a blow for the Norwegian manager as the Frenchman has everything needed in attacking style of play and can be a threat for the Huddersfield defenders if available for selection. His absence may mean a lot of things, one of which is- Solskjaer may call someone from the academy as it can be Tahith Chong or Mason Greenwood. If that happens it will be a huge opportunity for either of the lads as they have grown up in the academy dreaming to represent the senior team donning the red jersey of Manchester United. With Romelu Lukaku and Alexis Sanchez also unavailable this is the likely outcome or rather measure that Solskjaer will have to take.

Lukaku was offered a compassionate leave before the Cardiff clash has not travelled with the squad today as well meaning he not available for selection against the Terriers. Sanchez, on the other hand, is nursing from a hamstring injury and is sidelined for this fixture as well.

Anthony Martial was not seen arriving with the United squad on Tuesday evening. #mufc [MEN]

The Frenchman is the Premier League’s joint-fifth top scorer with eight goals to his name. He averaged 111 minutes per goal and has been most impressive among the Manchester United forwards. In his other option which the new manager has is he can deploy Andreas Pereira along with Jesse Lingard and Juan Mata on either flanks and Marcus Rashford may play as a lone striker upfront.

In each and every way it can be a big miss for United, as the Frenchman’s prolific goal scoring has also attracted interest in betting and among fantasy players. But looking at the current situation it seems like the 23-year old has disappointed all the people who kept him in this week’s fantasy squad.

La Liga Giants Not Ready To Give Up On This Arsenal...