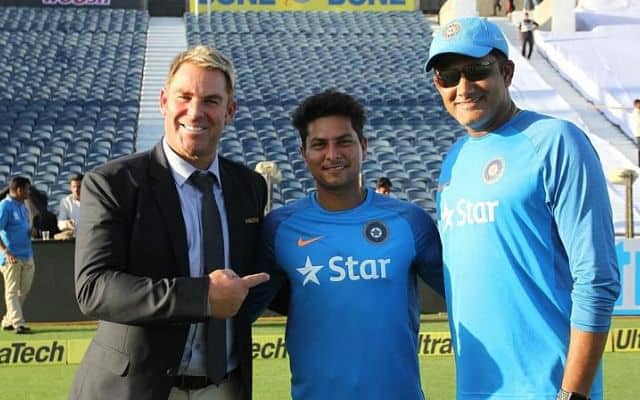 Previously there has been a lot of talks regarding the introduction of three new rules in Big Bash League this season. After that, such wrong umpiring decisions is certainly not a good advertisement for the tournament.

First one given not out, second one given out… #BBL10 pic.twitter.com/Cwun25LfAW

What Shane Warne Had To Say About The Umpiring

I’m sorry but who is in charge of the umpires in Australia ? Every game we see horrible mistakes & it’s embarrassing for the BBL completion ! The big bash is a wonderful tournament but it’s fast becoming a joke and could ruin players careers. Please can we have DRS immediately !

While coming to bat, Perth Scorchers have scored 35 runs in first three overs. However, their batting lineup has choked after getting a good start. Wes Agar has taken the important wicket of Jos Inglis. Worall has taken the wicket of the dangerous English opener, Roy. Livingstone has tried to set the tempo of the innings. However, he has not got any good partner in the crease to stay at the crease. Rashid Khan has taken the important wicket of Munro. Munro has gone back to the pavilion after scoring 5 runs in this match. Rashid Khan has also taken the wicket of Hardie.

Mitchell Marsh and Turner have also disappointed Perth Scorchers in this match. Both of them have not been able to stay at the crease for long. It has been a great bowling performance from Adelaide Strikers. Rashid Khan has been awarded Man of the Match before of his all-round performance.

The umpiring decisions should improve in this season of Big Bash League. Otherwise, the tournament will lose its glamour. Shane Warne has addressed the right issue and the league authority should be proactive to take a quick decision regarding this matter in near future.