Liverpool legend Ian Rush has stated that he is completely confident that Jurgen Klopp’s side will prevail against Manchester City in the race for the Premier League title. The Reds have surrendered the lead to last season’s title winners Manchester City and slipped to 2nd place after leading the pack for quite a while.

It’s a tense time being a Liverpool fan at the moment as a 29-year long wait for a Premier League title may lead to heartache in the latter stages during the month of May. Almost three decades, Liverpool fans have waited for this moment to win the Premier League trophy, the last time they came this close was under Brendan Rodgers when he led Liverpool to a 2nd place finish and eventually lost out to Manchester City back then. 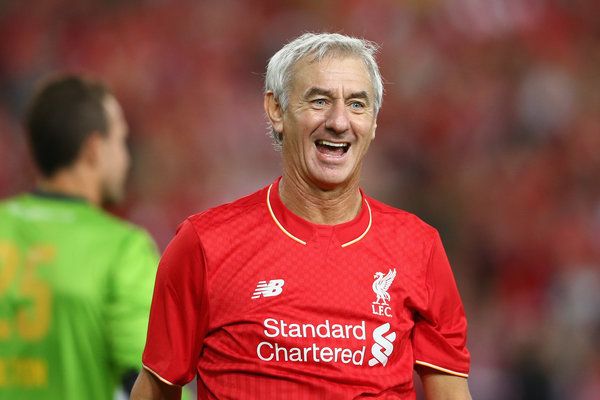 Back at the start of the year, Liverpool had the chance to go 10 points clear and make a firm statement to the rest of the side’s in the English league that they will be the dominant force in the top flight this season. However, in a matter of just over two months, Klopp’s unit has wasted chance after chance to seize upon the opportunity to make a bold statement and put the pressure back on Manchester City. Liverpool’s latest slip up came in the Merseyside derby against Everton at Goodison Park which ended in a 0-0 draw.

Mind you, this is a Manchester City steamroller that broke multiple records last season as they stormed their way to 100 points to win the Premiership. Liverpool has done exceedingly well to match them until now, but this past month or more has been quite a nightmare for the Anfield faithful to ponder upon. Liverpool has now drawn four out of their last six League games and plenty of points have been dropped, most of those because of the German manager’s caution to the wind.

However, despite all these negative jibes being thrown at Liverpool for bottling the title, former Liverpool forward Ian Rush has stated out an important point that the Merseyside club is still just only one point behind leaders Manchester City. The ex-Welsh striker revealed his thoughts on why Liverpool can win the title, “I think Liverpool are better coming from behind, When you’re top, everyone wants to beat you, but when you’re second, I think Liverpool prefer to be in that position. I am very confident, to tell you the truth. Yes, Manchester City has a great manager and a great squad, but there will be a few ups and downs before the end of the season. I just feel with the run-in Liverpool have, we have got Man United out of the way, we have got Everton out of the way… If you do not beat Chelsea and Tottenham at home, maybe you do not deserve to win the title, but we’ve got home support in those games and the other games are all winnable. So I’m quite confident.”

The 57-year-old also explained that by this time last year City already won the title so Liverpool is doing a great job by keeping the pressure on the Blue half of Manchester,  “Last year, Man City had already won the league already, so that’s how much Liverpool have progressed. They are putting the champions under pressure, so let us see what they can do.”