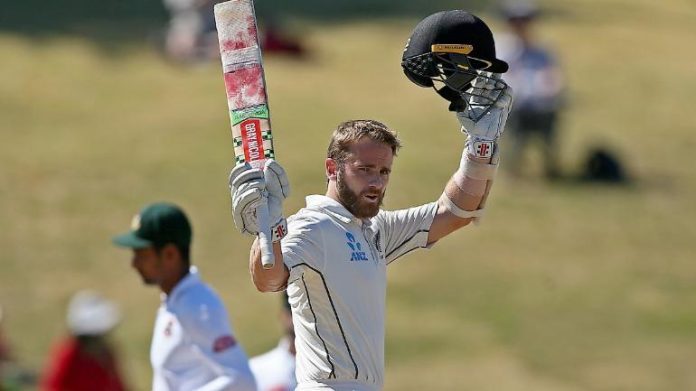 The Hagley Oval, Christchurch, witnessed on Tuesday a marathon run by arguably the most underrated batsman of this generation. Kane Williamson went on to score a glorious 238 off 364 deliveries, hitting 28 well-placed boundaries in the meantime. The finest innings on the day came to an end when the Kiwi skipper hit a Faheem Ashraf delivery straight to Shan Masood at third-man, who finally got something sticking. However, the celebrations didn’t stop, Pakistan players surrounded Kane, patted him on the back and the crowd rose to give away a well deserved standing ovation in the warmest of gestures.

During his 9.5 hour stay on the crease, coming in at the 20th over and leaving only 131 overs later Williamson surpassed 7,000 Test runs, becoming only the third New Zealander after Ross Taylor and former captain Stephen Fleming to reach that mark. The No 1 Test batsman etched the 200 run-mark in 327 balls. In the three Tests he has played this season, he has recorded 251, 129, and 238 runs respectively.

The Pakistani players following skipper Mohammed Rizwan and the bowling unit rushed to Williamson – who probably was disappointed on missing his triple century– to congratulate him on the achievement. The gesture, warm and cosy, caught up with netizens who lauded the visiting team.

A Recent Tweet That Was Sent Out Suggesting The Same

Kane Williamson’s innings comes to an end on 238 at Hagley Oval. Pakistan players coming from around the ground to acknowledge the skipper. Kyle Jamieson joins Daryl Mitchell 61* with the team total 585/6 and a 288 run lead. Follow play LIVE in NZ with @sparknzsport #NZvPAK pic.twitter.com/zWeAzZZoQk

The match witnessed two rain breaks, one of them asking Kane Williamson to leave on 199, rush back. Going back on such a crucial score, even knowing he could lose his composure and hence not make that one run back after the break, the batsman didn’t lose calmness. He walked into the dressing room, waited, and patiently walked down to take from where he left. After the rain break, the SRH mainstay simply flicked Shaheen Afridi past mid-wicket to bring up the fourth double century of his career.

Reaching the coveted 200 hundred run mark, a point where players like Virat Kohli and David Warner can’t stop jumping, Williamson just waved his bat to acknowledge the standing ovation he received from the crowd.

Pakistan broke the Henry Nicholls and Kane Williamson partnership in the 120th over. By then, the two had already shared 369 runs amongst themselves. Short delivery by Mohammad Abbas, the Nicholls hit it straight down the throat of Naseem Shah at fine leg. BJ Watling was the next man to depart, edging Shaheen Afridi to Haris Sohail in the slip cordon. 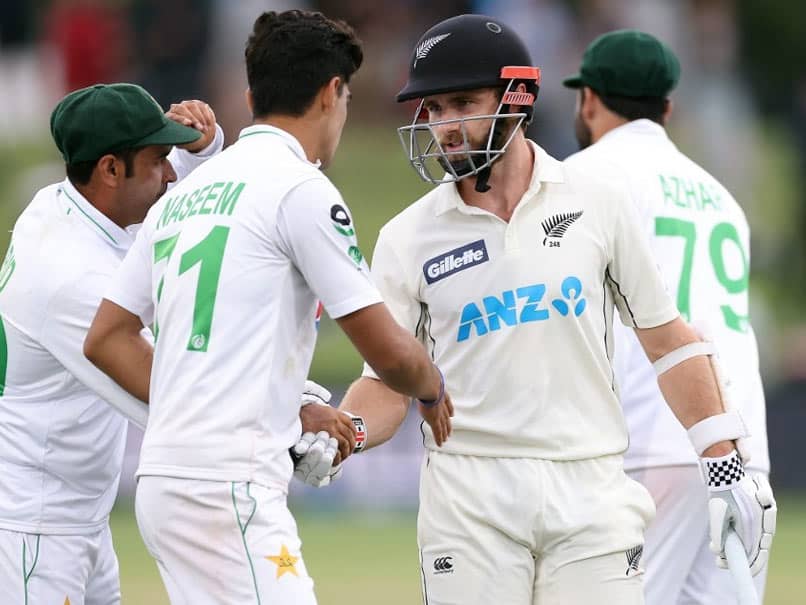 What Next In The Game For Kane Williamson And Co.?

New Zealand got to 659-6 in their first innings. The last 60 runs coming from just 29 balls, was a combined effort. Apart from Williamson, it was Daryl Mitchell’s maiden Test century that powdered the score. Daryl hit eight boundaries and two sixes in his 112 ball stay. His ODI like strike rate of 91.07 boasted the score immensely.

Coming on to bat late in the day, Pakistan could manage eight runs by stumps. The visiting team lost Shan Masood early to Kyle Jamieson.