ATK Mohun Bagan rises above NorthEast United challenge to defeat the Highlanders 2-0 and catapult over Mumbai City FC to the top of the Indian Super League table with the win. Two second-half goals made the difference on the night as both sides did not give each other any margin for error.

It was from Edu Garcia’s corner ATK Mohun Bagan broke the deadlock after the corner was flicked on Tiri and it found Roy Krishna pouncing on the ball with a flying header to put it past Gurmeet Singh on the far post.  The second goal also came from another Garcia corner but here Sandesh Jhingan and Benjamin Lambot were involved in a tussle in the penalty area and luckily for the Mariners the ball struck Lambot’s feet and got deflected towards goal as VP Suhair was not able to clear the lines and it doubled the lead for Antonio Habas’ men.

ATK Mohun Bagan has the best defence in the league

Antonio Lopez Habas’ focuses largely on the defensive organization. It is an area where he puts a lot of time and effort. So to see that come through during the season is a matter of great delight. The Spaniard has shown the pathway of the pragmatic approach in Indian football.

He has found success with that style of play. This season he has built a very strong and resolute backline which has multiple leaders manning the forts. Starting from Pritam Kotal to Tiri, from Jhingan to Subhashis these are top players. They have a lot of experience in the ISL. Hence they have come together and put up their hands in maintain clean sheets. Goalkeeper Arindam Bhattacharya also has been superb for the Mariners.

ATKMB are yet to concede a goal from open play this season, all the goals that they have conceded are from setpieces and this proves how difficult it is to break their backline. In nine matches they have conceded three goals which is the joint best defensive record this season along with Sergio Lobera’s Mumbai City FC. Also, Bhattacharya has had seven clean sheets, most this season for any custodian.

With Appiah injured, Sylla needs to take responsibility for NEUFC

Kwesi Appiah who is known to be the starter for Gerard Nus in crucial games got injured and will be out for a month. Therefore he had no other option but to go with Idrissa Sylla. The Guinean forward is known for his physical presence in the penalty area and also his poaching abilities. However in front of a hard-working Carl McHugh and a resolute ATKMB defence, the 30-year old hardly had any sniff.

The Highlanders have played really well in some matches but luck has not favoured them that much. Both the foreign strikers have missed a lot of chances, including penalties and that way you can’t expect teams to pick up points. Therefore with Appiah injured Sylla has a point to prove to Gerard Nus and in the coming games, the lanky forward has to step up if they want their hopes of getting into the top four materialize. 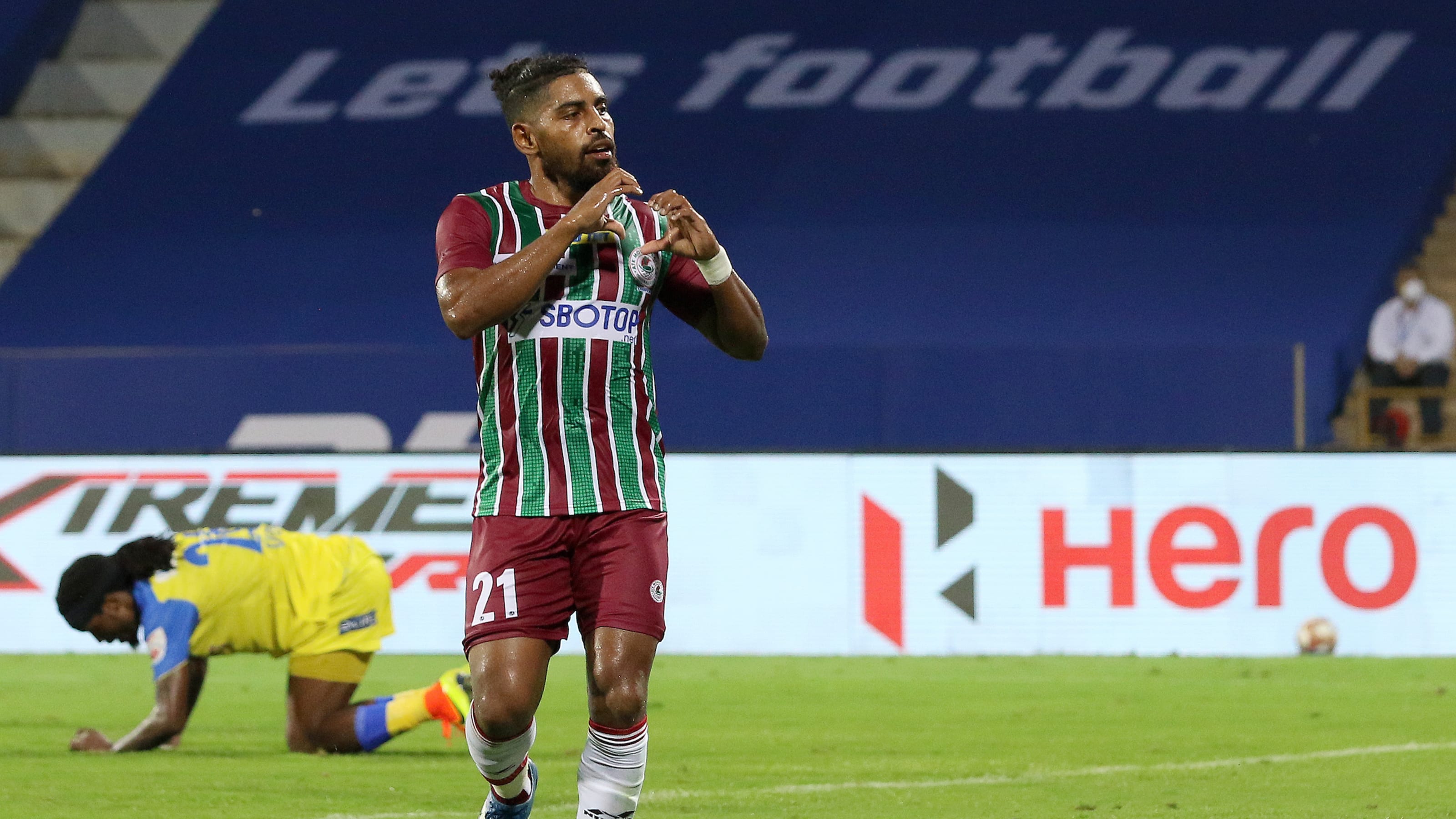 Relentless running and ruthless finishing are the two things that define ATK Mohun Bagan’s Fijian international Roy Krishna. The former Wellington Phoenix star is known for his direct running. Further, his ability to change games by scoring from half chances is phenomenal too.

Krishna has also shown that size is not a factor in football. That is, as he manages to shield the ball from defenders way taller and stronger than him. His silky touches and smart movements often put opposition defenders under a lot of pressure.

When he broke the deadlock something like that happened in the NorthEast United penalty box. Edu Garcia took the corner. Tiri jumped up to flick the ball onto the far post. Krishna till now was marked by Khassa Camara. When the ball was up in the air, Krishna simply turned around. He made a quick run from the outside of Camara. Before the midfielder could even react to what has happened Krishna dived to net the ball home past Gurmeet. It is known as goalscorer’s instinct to be at the right place at the right time.