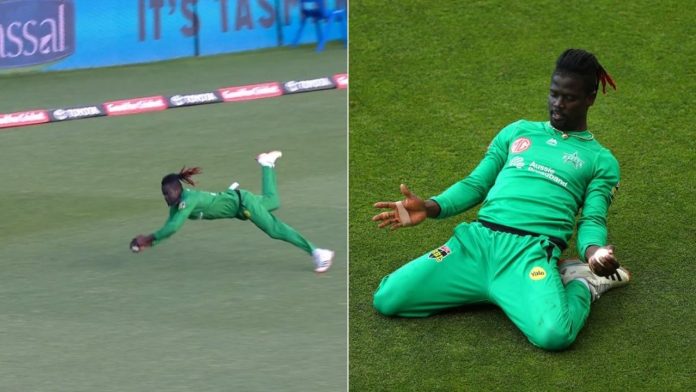 The Andre Fletcher Show- A jaw-dropping catch is not rare in a cricket match now. Two in a match that too by a single player? It sounds unreal but this was what happened today during a match of the Big Bash League. The Australian domestic T20 league has made quite a mark in the T20 cricket world.

With something spectacular happening in almost every match the fans are getting more and more attracted towards this T20 league. Today, it was Granadian batsman Andre Fletcher who achieved an unimaginable feat through his athleticism and piece of fielding.

Summary of the match:

In today’s BBL clash between Melbourne Stars and Hobart Hurricanes, the Hurricanes won the toss and elected to bowl first. Coming on to bat first, Melbourne Stars did not get such a good start. Andre Fletcher got sent off at ten runs. However, Marcus Stoinis’ 97 runs knock took Melbourne to a respectable total of 183/6. Nicolas Pooran and Hilton Cartwright also played crucial cameos to build up the innings. Among the bowlers of Hobart Hurricanes, S.Rainbird gave an exceptional performance as he took 2 important wickets at an economy of 5.50.

Hobart Hurricanes then came in to chase. The Hurricanes have always been a team known for their batting performance and that was exactly what they showed tonight. Opener Darcy Short got dismissed early in the match but his partner Ben McDermott went on to play a stunning knock of 91 off 58. The Australian opener missed his century by just 9 runs.

After Darcy Short’s dismissal, David Malan, the world no. 1 T20 batsman came in to steal the show. He started with a bang, raining sixes right from the beginning. Unfortunately, it was not long-lived and the English batsman got sent off soon by Adam Zampa (leg before wicket). During Malan’s innings, another eye-catching incident occurred. The batsman hit a six which was caught by a fan in his beer glass! When the fielder asked for the ball, the fan refused and instead started drinking the beer. The video has gone viral in no time. Peter Handscomb then came in to play a decent cameo for the Hurricanes. 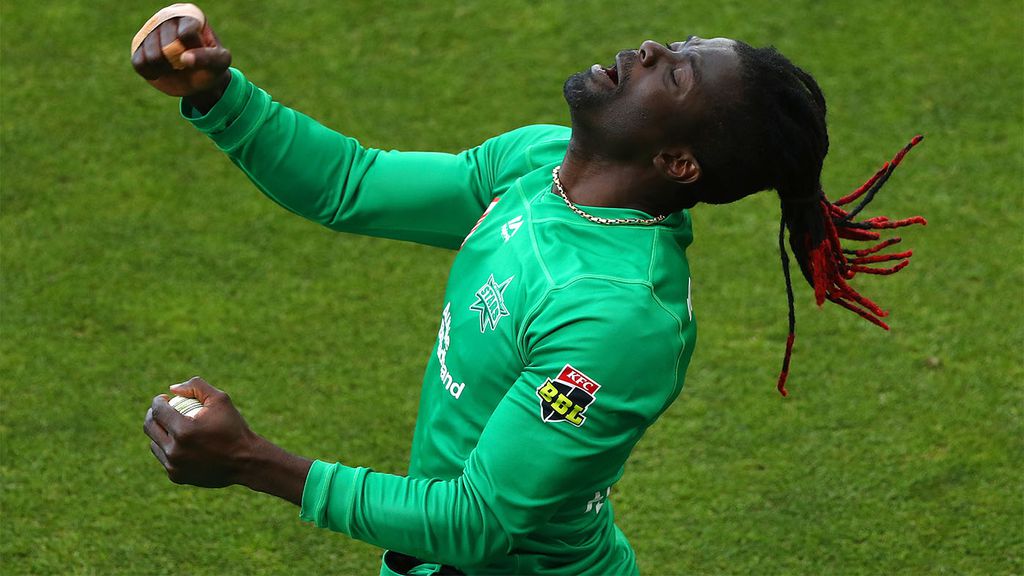 With McDermott still on the pitch, the match was slowly slipping away from the hands of Melbourne Stars. It was during this time when Andre Fletcher showed his magic and won the match for his team through his amazing piece of fielding. Facing Liam Hatcher, McDermott hit a powerful shot towards the boundary. However, Fletcher was prepared. In the blink of an eye, the West Indian three himself at the ball and caught it mid-air. The catch surprised everyone. What was even more surprising was that it was not his first catch of the game. Earlier in the match, he had taken another stunning airborne catch and sent off an in-form Colin Ingram.

With in-form batsman, McDermott’s departure, the tailenders of Hobart Hurricanes were not able to maintain the required strike rate and Melbourne Stars got a convincing victory. Andre Fletcher’s two brilliant catches won the match for his team.