The Suryakumar Yadav Wicket- The fifth T20I between India and England has pretty much been a Virat Kohli show so far, with applaudable performances by Rohit Sharma, Suryakumar Yadav, and an explosive cameo by Hardik Pandya along with it. However, if we have to point out the best moment of the first innings of the match so far, it would undoubtedly by Chris Jordan’s athletic display to dismiss in-form batsman Suryakumar Yadav.

The fans had been utterly shocked and mesmerized at the same time when their two favourites, captain Virat Kohli and Hitman Rohit Sharma came to open the innings. It was the first time that the two powerhouses opened in a T20 match for India. A storm of runs was inevitable. And boy did it happen.

The two batsmen dismantled England’s bowling unit and made the fierce pacer Jofra Archer look lacklustre tonight. India got just the boost they needed, and much beyond that.

Rohit Sharma had to depart after making 64(34), courtesy of a brilliant delivery by Ben Stokes (bowled). However, the Indian batsmen seemed to have taken a vow of not allaying their aggression. Suryakumar Yadav, playing his second international match, started going for boundaries right from the beginning.

A spectacular effort by Chris Jordan to dismiss SKY:

He had made a good 31(17) when Chris Jordan did the unthinkable. Suryakumar Yadav facing Adil Rashid went for the biggie. Chris Jordan placed at the boundary line, was not close enough to take a catch so he sprinted. Still far away from the ball when it was just about to cross the boundary, Chris Jordan dashed towards the ball and got hold of it.

It goes down as Roy’s catch but CJ did most of the work! ?

However, his momentum would have led him to touch the boundary line. So he threw the ball to Jason Roy, who had by that time, also reached near the boundary line to help Jordan. Roy took the catch with ease and thus Suryakumar Yadav, who was in a tremendous form, had to depart. 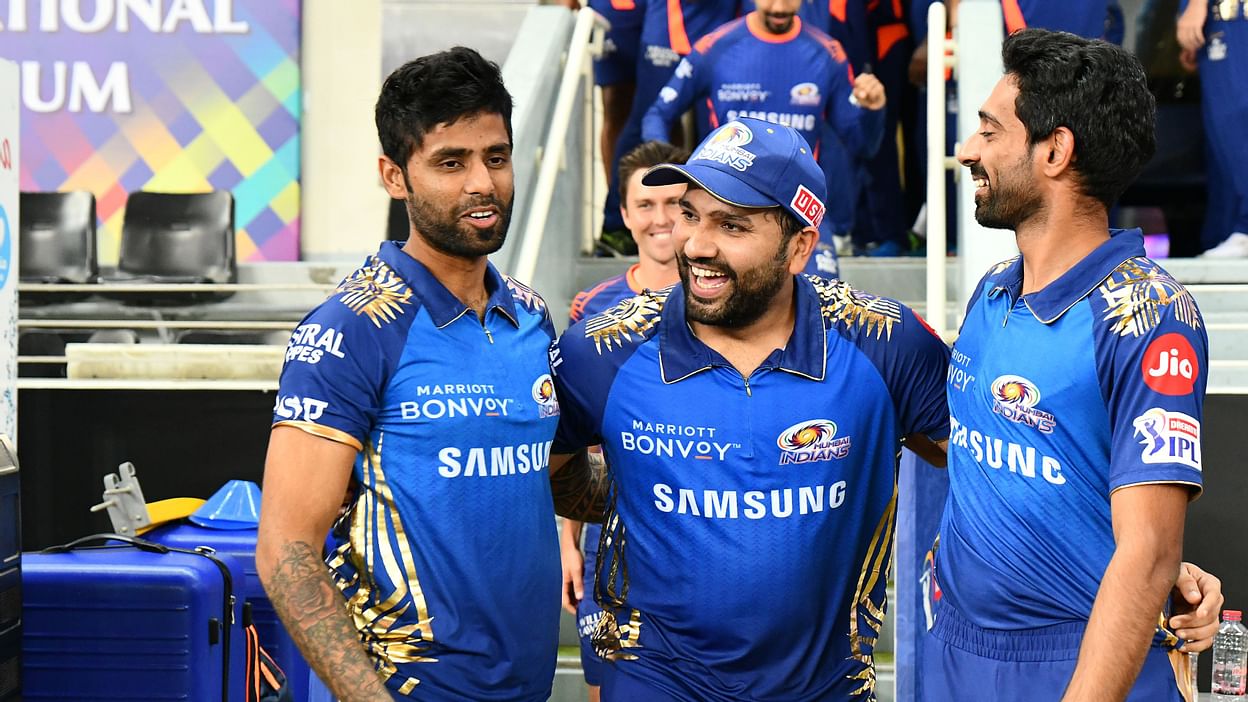 Although Jason Roy has been officially marked to have taken the catch, the entire credit goes to Chris Jordan. The entire England team and the Indian squad too applauded Jordan for taking the catch. The loom of utter amazement that Kohli and Yadav had on their faces, was worth a watch.

A late flourish by India helped them to achieve a mammoth total of 224:

Unfortunately, the departure of Suryakumar Yadav did England more harm than good. Hardik Pandya came in next and at a mind-blowing strike rate of 229.42, scored 39 runs in 17 balls. He played a brilliant cameo alongside Virat Kohli.

Sadly skipper Virat Kohli could not make a century. He ended his innings unbeaten at 80(52). His strike rate (153.85), was the least of them all. However, the responsible knock that he played today, was also the most important. India made 224/2 in their 20 overs and set an almost impossible target of 223 for England in the Series deciding the last match.

The two most important batsmen of team India, gave their best performances of the series when it was required the most. As it now stands, England has a mountain to climb and do something godly if they want to defeat India and claim the series. In the end, Team India won the game rather comfortably. With that, they won the series 3-2, to complete yet another comeback.