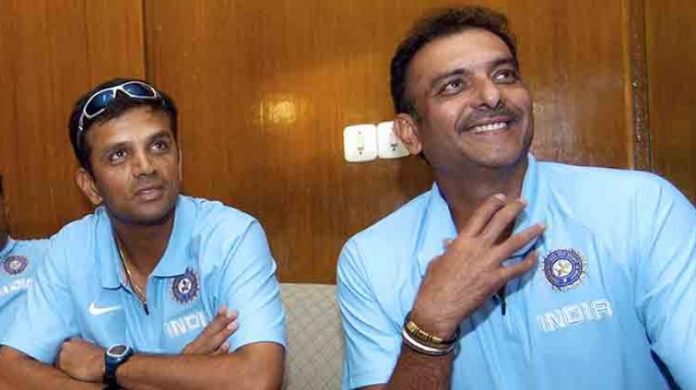 The Indian cricket team for the tour of Sri Lanka was recently announced. A lot of young talents were included in this squad, with some of the first-team players needing a break. This was also due to the overall Covid-19 restrictions that this decision was made. Keeping that in mind, a lot of budding talents would be taking their rightful place in this squad. However, one KKR star was left out of the Indian team and he really disappointed.

What Was The Reaction Of Sheldon Jackson On Not Being Picked For The Indian Team For The Sri Lanka Tour?

Sheldon Jackson sent out a Tweet with a heart-break emoji on being left out from the Indian squad. This showcased how disappointed he was on not being part of the Indian team and he really wanted to play.

He was left out despite his performances in the domestic circuit and some of the names who have done well in the Indian Premier League (IPL) were picked instead. This wasn’t what the player was hoping and he Tweeted his feelings out with a single emoji.

Former Indian cricketer and commentator Rohan Gavaskar, the son of Indian cricketing legend Sunil Gavaskar, along with quite a few well-known personalities commented on this Tweet. Gavaskar responded with a simple Tweet encouraging the star.

Keep at it . Never give up hope and always be prepared for when the opportunity does come .

Even renowned journalist Joy Bhattacharjya commented on the Tweet encouraging the player. Everyone could understand why he was upset and what was the key point being highlighted.

You did all you could. Just stay strong.

This team to Sri Lanka has no place for @ShelJackson27 and @jalajsaxena33 What should they do to win the support of the National selectors ???? They won’t even tell them what they lack ?? Heartbreaking for the two hardworking cricketers. I feel for them ?

The one positive that will come out of this tour will be that the youngsters will be given a chance to prove themselves. If they can do so, they will be included in the upcoming major tournaments from time-to-time. This gives these talents the opportunity to leave their mark on the game. Whether they are actually able to do so or not, is another thing. For now, the players will be hoping to leave their mark on the selectors. These young stars will be keen on impressing with their performances. This will be the best opportunity that they will get to get into the Indian team. Hopefully, they can take it well!! All the best to them!!