Liverpool got the better of Brighton and Hove Albion courtesy of a pretty professional 2-0 win here at the Amex Stadium. Goals from Colombian sensation Luis Diaz and a calmly taken penalty from Mo Salah were enough to take all the 3 points back to Merseyside. Brighton did have their moments in bits and spurts, where they looked like inflicting damage to the visitors, but Jurgen Klopp will be satisfied with this performance in which they were in control for the majority of the game.

1. Luis Diaz is well and truly home in Liverpool colours

I think it’s high time that we have a word about Luis Diaz. There were doubts after he was signed that he would take a while to get used to the playing style as well as the physical demands of the Premier League. And he has well and truly silenced these doubters with the only way he knows: playing out of his mind. From the moment he has made his debut in the Liverpool colours, he has not put a single foot wrong.
With his fast and direct style of play, he has constantly put the opposing defences on their heels. Today was no different. It felt like whenever he had the ball, things would happen. His goal was also a thing of beauty, timing his run to absolute perfection and fearlessly putting his body on the line, heading the ball over the line at the risk of personal damage. It is this dedication that has already made him a fan favourite among the Kop, and in a season that has been a matter of fine margins, the Colombian could very well be the decisive factor in Liverpool’s push for the title.

2. Where does Brighton go from here?

Brighton is a very strange team. they have a good collection of skilful and talented players, and on their day can cause troubles and problems to the best of them. led by Graham Potter, Brighton are capable of some really neat and slick football. But slick football is only appreciated if they stick the ball in the back of the net.
And that has exactly been the problem with this Brighton side. even today, they did produce some slick moves and had the Liverpool defence on their heels, keeping them honest. But once again they could not make their chances count. This has been the problem for the past seasons. Until and unless the Seagulls don’t buy a striker, they will keep on meandering in the same state. That is irrespective of the talent they possess, and no matter how good a job they do. 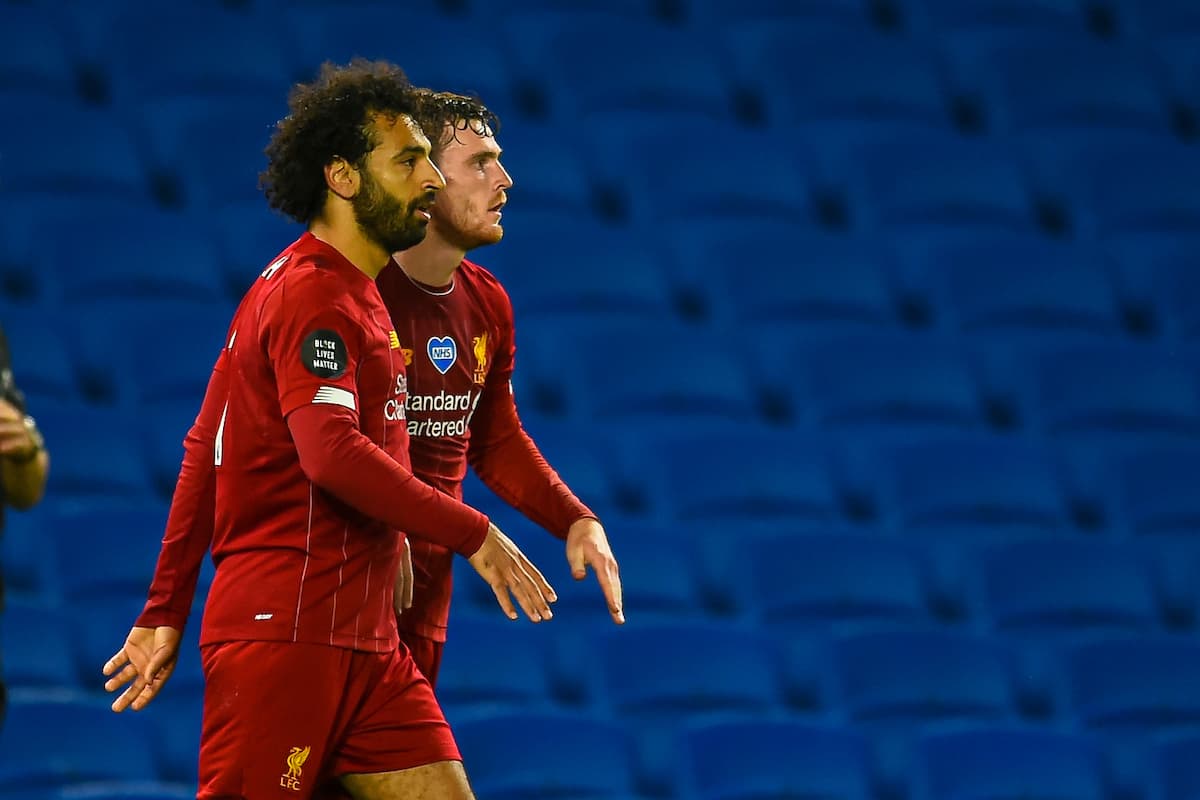 The win against Brighton marked the eighth straight victory for the relentless Reds. Ever since 2022 began, they have been nearly perfect, collecting 25 out of the possible 27. Their only blemish is a draw against Chelsea. Liverpool highlights the regained form at the right time. They have once again reduced the gap between them and leaders Manchester City to just 3 points.
This has definitely bought a much-needed balance to this title race. City every time have to look over their shoulders and ensure that their standards don’t drop as well. Klopp has ensured that his team is mentally well-prepared for this challenge. The results are out there for everyone to see. The title race is well and truly on.
Share
Facebook
Twitter
Pinterest
WhatsApp
Previous articleMallorca Vs Real Madrid, La Liga 2021/22; Where To Watch?
Next articleBarcelona Highlights: Barcelona 4-0 Osasuna; Another Win For Xavi’s Side