LSG vs MI Live: Chris Lynn Wants To Include Krishnappa Gowtham In To LSG XI LSG vs MI Live: According to Australian batsman, Chris Lynn, the Lucknow Super Giants (LSG) should select all-rounder Krishnappa Gowtham in their playing XI against Mumbai Indians (MI), which takes place on Sunday. His assessment of Gowtham was that he was “a victim of his own success,”. He was unfortunate to have been dropped a few games earlier and that he should be reinstated because of his spin-bowling skills.

LSG has used Gowtham in two of their matches so far this season. The veteran off-spinner fulfilled his quota in both games and finished with a total of three wickets. Gowtham, who is normally a lower-order hitter, was put to bat at No. 3 against the Rajasthan Royals (RR). This was the only time he got to bat in both games. He was bowled for a golden duck in the process.

Manish Pandey, who took over for the injured all-rounder, was brought in to help boost Lucknow’s batting. His comments were followed by a statement saying that now that the Maharashtra pitches are becoming “weary” and friendlier for spinners, Gowtham should be a lock for a spot in the first 11.

“I believe he has become a victim of his own success. He is certainly had a couple of strong games. But they have brought in Manish Pandey because they haven’t scored enough runs. They are aiming to improve their batting order as a result of that. If I had to choose an eleven-man squad, K Gowtham would be a lock for the spot. Particularly with the wickets becoming a little more fatigued as the tournament progresses.” 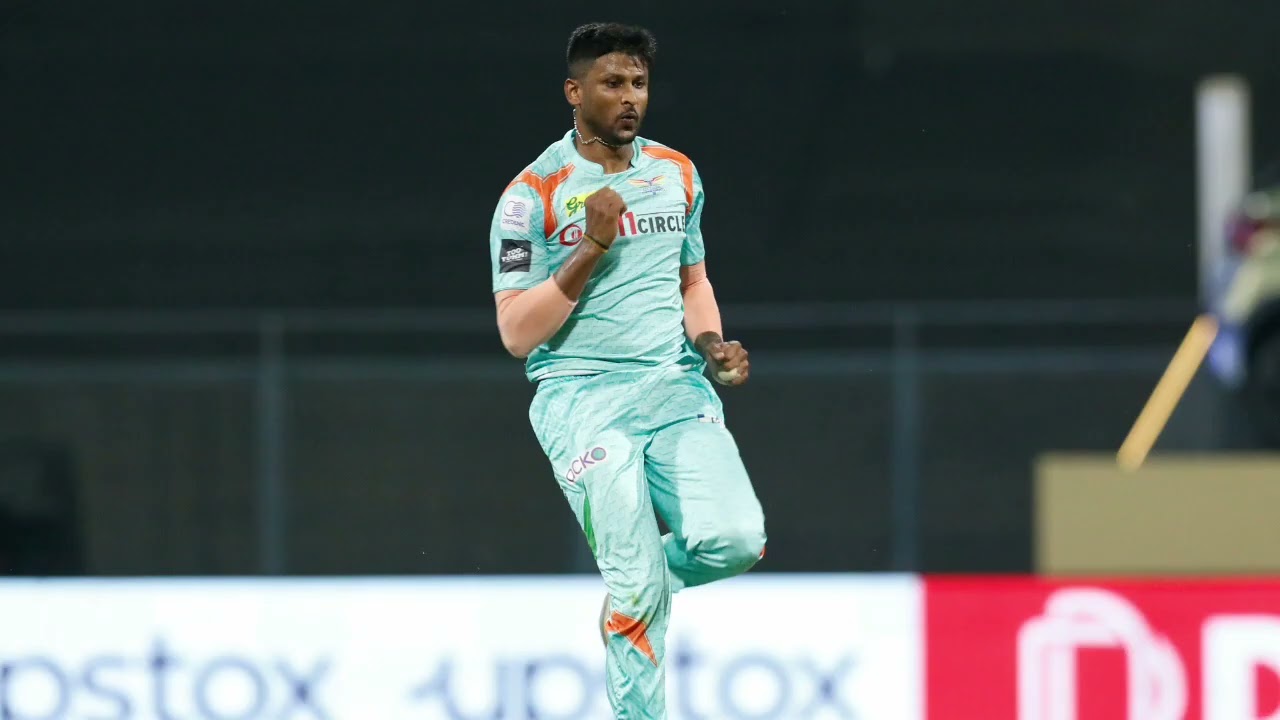 Daniel Vettori, a former New Zealand spin all-rounder, expressed his support for Gowtham’s participation in the team. He advised against using the 33-year-old at No. 3 in the future. But he said that he will have favourable bowling match-ups against Mumbai’s left-handed-heavy batting order in the future.

Vettori made the following observation:

“Yes, I believe that is correct. Gowtham’s bowling will be effective against Mumbai. He has a nice matchup against the left-handed batsmen. It is possible that they will not need to utilize him at No. 3. But they may still use him as a pinch hitter against the appropriate opposition bowler.”

Gowtham has shown his ball-hitting skills in T20 cricket on several occasions, striking at 196.88 in his maiden IPL season in 2018 and then at 155.56 in the next season. The inclusion of Pandey in the lower order allows LSG to move Marcus Stoinis to No. 3 where Pandey has struggled, thereby resolving two concerns at the same time.

LSG vs MI Live: “If their strategy is effective, they should continue to use it,” Daniel Vettori said in response to the LSG’s batting order changes

LSG has used a different batting order in six of their seven games so far. Thus, shifting players to create beneficial matchups against opposing bowlers while also attempting to retain the left-hand right-hand combination in the batting line-up. When asked whether the tactic should be continued despite mixed outcomes, Vettori said that he would support it “at this point.”

He said, “Obviously, a great deal of consideration goes into these judgments. They take into account data and matches. At this point, going to support them. If their approach is successful, they should stick with it.”

The match between LSG and MI will take place at the Wankhade Stadium and will begin at 7:30 p.m. IST.