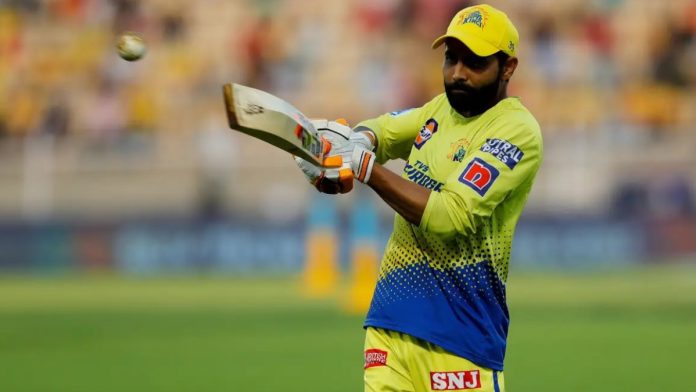 CSK vs MI Live Update: Ravindra Jadeja may not play any role for the Chennai Super Kings (CSK) in the next season, according to Aakash Chopra, a former Indian opening batsman.

This season was a difficult one for the 33-year-old player. He started as captain but ended up losing six of the eight games he played in. After he stood down as captain of the team, it seemed as if he made some little improvements in his bowling and fielding. But his batting form did not improve at all during this time.

Aakash Chopra gets the impression that there may be a lot happening behind the scenes for CSK, even though an injury will keep Jadeja out of action for the remainder of the Indian Premier League 2022 season. As an example, he used the incident that occurred with Suresh Raina during the previous season.

What did Aakash Chopra say? The following is what Aakash Chopra had to say about the upcoming match between the Chennai Super Kings and the Mumbai Indians (MI) in a video that was uploaded to Aakash Chopra’s YouTube channel:

“This match will not include Jaddu (Jadeja), who will not be there. On the other hand, I can’t shake the feeling that he won’t return the next year at all. When a player is injured or is dropped from the team in Chennai, it is common for the coaching staff to withhold information about what occurred to the individual. Something quite similar took place with Suresh Raina in the year 2021. After playing a few games, all of a sudden he had to sit on the bench.”

Aakash Chopra said this about Chennai Super Kings’ prospects of making the playoffs: “Chennai would need to keep on winning to have any hope of advancing further.”

However, to keep their mathematical chances of winning the championship alive, CSK must continue to win each of their next matches. Aakash Chopra thinks that the game versus Mumbai may be difficult. Both teams have a strong rivalry and have competed in several games that were very close over the years. He remarked that

“If Chennai wants to have any hope of moving further, they will need to continue winning matches. There is a possibility. But for it to materialize, it is necessary to come out on top. Everything revolves around the need that they come out on top in games. Every time they play Mumbai, the games are not just challenging but also exciting to watch.”

CSK vs MI Live Update: What to expect?

MI will play for pride. But they also have the goal of eliminating their fiercest rivals from the competition if they are victorious at the Wankhede Stadium tonight (May 12).

But even in a season in which the two powerhouses have become caricatures of their powerful selves, they have still managed to create a nail-biting finish. Even though it lacked the excitement of the big stakes that they had previously competed for and was the product of an evening full of mistakes, the anticipation and energy were undeniable. Expect nothing different to happen on the Thursday after that night in three weeks. The background will be thinner and the stakes will barely be one-sided.