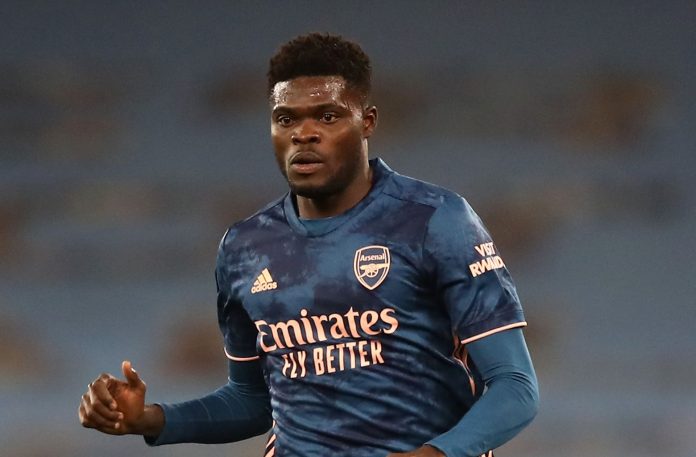 Latest Arsenal News: After suffering a thigh injury in the first half of the season, Arsenal midfielder Thomas Partey wrote a comment on Twitter indicating that he would return soon.

However, when he is healthy, Partey has made a significant contribution to Arsenal’s success in the first two seasons of his tenure at the club. According to The Mirror, Mikel Arteta expressed concern that the Ghanaian international would not be able to play for the Gunners during the current campaign. Partey left the field during the club’s 3-0 defeat to Crystal Palace. He has not returned since.

A video of Gabriel Martinelli and Gabriel Magalhaes combining for the winning goal against West Ham United was shared on the official Arsenal Twitter account on Sunday, May 1. In response, Thomas Partey wrote the following on his Twitter. Thus, implying that he is on the verge of returning:

Partey seems to be on his way back to the Arsenal field sooner than anticipated. This is great news for the club’s supporters. The Gunners are part of a thrilling struggle for a top-four berth. They are in desperate need of whatever assistance they can get their hands on.

Arsenal is now two points ahead of Tottenham Hotspur with four games remaining in the Premier League season. With Tottenham Hotspur also due to face Liverpool in the Premier League, the match between the two London teams is significant. The Gunners will be well aware that obtaining a win would significantly improve their prospects of qualifying for the Champions League.

As part of their quest for a historic quadruple, Liverpool will come out firing against Tottenham Hotspur. When it comes to getting Tottenham back into the top four competition, Antonio Conte has done an incredible job. He now needs a great reaction from his players if they are to finish the job.

Mikel Arteta, on the other hand, will be pleased with the way his club has reacted in recent weeks. Having suffered three consecutive losses, they have now won three in a row. A possible Thomas Partey return may come at the perfect moment.

What’s next for Gunners?

The Gunners might be in for an entertaining season in the next campaign. The club is only going to become better. More acquisitions might turn them into a true force. A team that not a lot of sides would want to reckon with, across all competitions.

Mikel Arteta had been forced to acknowledge that the injured Thomas Partey has had an “unquestionable” influence on his squad. The Arsenal midfielder faces an uphill struggle to return to action this season.

The 28-year-old has played a key role in Arsenal’s recent turnaround. Six of the eight matches in which he has appeared since New Year’s Day ended in a victory.

However, before back-to-back triumphs over top-four rivals Chelsea and Manchester United, the Gunners had failed to win any of the six games in which he had been absent.