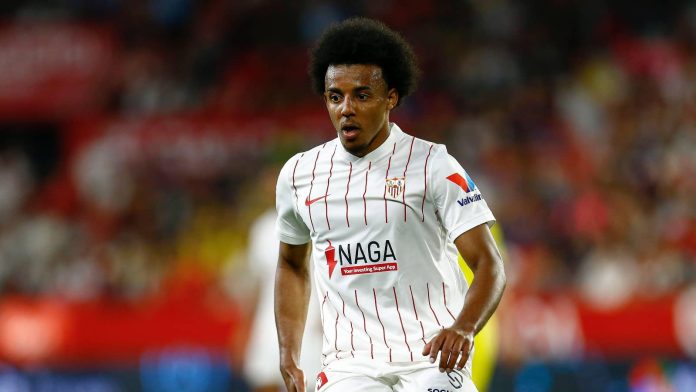 Latest Barcelona News: Barcelona may make a trade with Sevilla to get star player Jules Kounde, with Sergino Dest moving the other way. This information comes from Barca Universal through Mundo Deportivo. On May 18, the front page of the Spanish news publication Mundo Deportivo said that the Blaugrana had made the French centre-back their priority transfer goal for the summer.

Kounde had a rapid rise to fame after making the move to the Rojiblancos from Bordeaux in 2019. He was desired by some of the best teams in Europe and joined the Rojiblancos in 2019. In the summer of 2021, Chelsea was in the driver’s seat when it came to signing him. But the deal fell through at the eleventh hour. Despite this, the Blues have re-entered the competition for his signature.

Antonio Rudiger and Andreas Christensen are expected to depart Stamford Bridge this summer. So, defensive reinforcements are required. As a result, Chelsea’s interest in Kounde has been renewed.

After successfully reaching an agreement with Christensen on a Bosman transfer, Barcelona is now competing in their chase by entering the fray. Coach Xavi wants another world-class defender after the club was able to acquire Christensen.

On the other hand, Kounde’s arrival won’t be quite as smooth. The Frenchman’s contract with Sevilla includes a buyout provision in the amount of €90 million. This is a sum that Barcelona may have difficulty meeting.

To get over this financial obstacle, the Blaugrana are now looking into the possibility of offering Dest in exchange. They expect that their Andalusian opponents would accept an offer of lesser value. On the other hand, everything may be for nothing if Chelsea is successful in activating Kounde’s release clause. This will enable them to lure him to west London and take him away from the club.

Even though the 2021-22 season has not yet come to an official close, it seems that Barcelona has already begun retooling the roster in preparation for the 2022-23 season. This is in the wake of a less than stellar performance in the current campaign.

The Blaugrana are on track to end the season without having won a major trophy for the second time in the last three seasons. Nevertheless, because of the progress made under coach Xavi, there is reason to be optimistic about the team’s prospects.

Samuel Umtiti, Frenkie de Jong, Clement Lenglet, Sergino Dest and Ousmane Dembele are all anticipated to have unclear futures at the Camp Nou. This is a result of a big clearout that is the plan of the management. Whether they all leave or not, is just a matter of time.

Speaking of new players, there has been a lot of speculation that Robert Lewandowski may sign with them recently (according to BarcaBlaugranes). Kounde and Raphinha are also on their radar. The Leeds United star agreed on a deal rather recently. In any case, it seems like the club is going to have a very busy summer ahead of them.