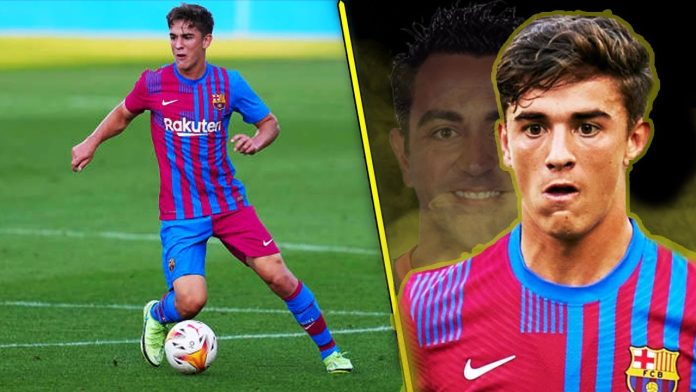 Latest Barcelona News: The transfer specialist Fabrizio Romano has provided an update on the ongoing contract extension discussions between Barcelona and Gavi. Since making his debut with the senior squad at the beginning of the season, the teenager, who is just 17 years old, has seen a stratospheric climb to stardom.

The adolescent midfielder has established himself as a regular member of the first squad after playing in 46 matches across all competitions. In La Liga, he has not only scored twice but also assisted a total of six goals. This has led to the club’s desire to extend his contract until 2027.

Romano has disclosed that Gavi’s representative and the club have had a meeting. Discussions are now taking place. This is what he said:

“Iván de la Pea, Gavi’s agent, met with representatives from Barcelona today for a fresh direct encounter. It is a question of final details. But negotiations are now ongoing to finalize the new contract arrangement that will last till June 2027. There will be more communication between Barca Board and Gavi’s camp soon. Work in process.”

Supporters of Barcelona will be relieved to hear this news. Gavi, who has just over a year remaining on his current deal, was apparently a target for Liverpool. This news will make Barcelona fans happy.

According to El Nacional, a Spanish news site, the Reds were reportedly willing to pay the midfielder a wage that was 50 times more than his present one According to Marca, Gavi turned down three different contract offers from the Catalans. This fueled suspicions that he would be moving to another club.

His consistent growth has allowed him to break through international barriers. Gavi is the youngest player in the history of Spain’s national team when he made his debut at the age of 17 years and 62 days. When they played Italy in the UEFA Nations League semi-final match in October of last year, the midfielder featured in the starting XI.

A similar claim is made by Cope, who believes that the encounter between Mateu Alemany and Ivan de la Pena that took place, lasted for a couple of hours. It resulted in positive sentiments being shared by all parties involved.

The extension of Gavi’s contract is presently the first goal for Barcelona, as stated by Cope. The source also makes it clear that the midfielder “has always wanted to stay at the Blaugrana club.”

Latest Barcelona News: There is no doubt that Barcelona will finish in second place in La Liga

The inconsistent play of Barcelona was shown once again on Sunday. They played Getafe in La Liga and drew 0-0. (May 15). Despite this, it was still sufficient to secure their position as the runners-up for the season.

The Catalans’ work was made simpler. They did not have to wait until the final day to secure second place since Atletico Madrid and Sevilla shared the honours in the other match of the day.

Since Xavi took over as head coach of the team in November, the group has shown remarkable improvement. There are encouraging indicators for the next campaign.