HomeBarcelonaJose Mourinho Reveals Whether He Was Close To Being The Manager Of...
BarcelonaInternational NewsLa LigaReal Madrid 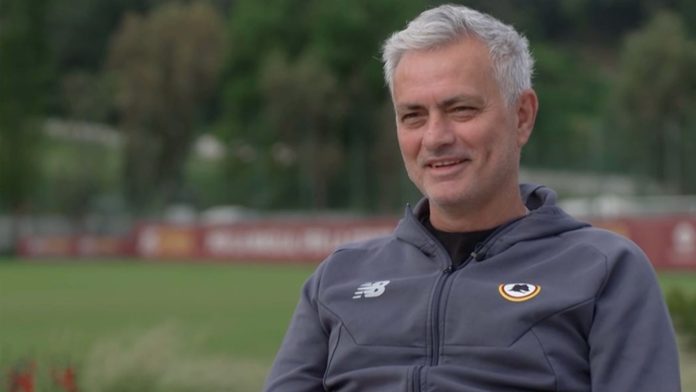 Latest Barcelona News: Jose Mourinho, a former manager of Real Madrid, has disclosed that he was not even close to accepting a managerial position at Barcelona in 2008. Jose Mourinho worked at Real Madrid for a total of three seasons. He was crowned league champion once during his tenure there. However, before Mourinho made the transfer in 2010, he was rumoured to be a candidate for the head coaching position at Barcelona.

It ultimately went to the former player, Pep Guardiola. After spending three years at Real Madrid, Mourinho went back to his old club, Chelsea, before accepting a position with Manchester United in 2016.

The Portuguese manager disclosed this information in a documentary named “Report+”. He said that he was requested to provide an evaluation of the Barcelona squad in 2008, but nothing else:

“They requested me to assess the predicament the team finds itself in at this nasty, transitional, challenging time. It was a very high-ranking member of the club who asked me the question. I am not going to say anything further about it. Then, to my great relief, I find that the narrative is there.”

Even if recent football history may have unfolded in a completely different manner if Jose Mourinho had joined Barcelona as the manager of the team, it should go without saying that the Portuguese was never even close to joining Real Madrid’s fiercest rivals. Back in 2008, many in the football coaching community thought Jose Mourinho to be among the finest in the world. He claimed victory in the Champions League with Porto, two Premier League titles with Chelsea, and then the triple with Inter Milan a little over two years later.

He had a very excellent resume. But, the Barcelona management may not have appreciated the way he played the game. A certain Lionel Messi was a member of the club. They were together with a great squad of up-and-coming players who were on the verge of becoming world-beaters but lacked the necessary experience.

Latest Barcelona News: Mourinho did not like the possession based football

Mourinho may have been hesitant to embrace Barcelona’s possession-based football style because of the club’s long-standing history of playing the game that way. The Portuguese manager has his own distinctive playing style. He has maintained throughout his very long and successful career.

The idea of managing a player of the quality of Lionel Messi together with the sort of stars who were on the Barcelona squad could have been attractive. But, several other variables must have played a role. Regardless of the outcome, the manager will likely have few regrets since he has had such a successful career up to this point.

Real Madrid is currently in the UCL finals. They will clash against Liverpool in an attempt to win their 14th UCL title. On the other hand, Barcelona is going through a transitional phase. They will finish at the second position on the league table. They are going to finish the season without any trophy.