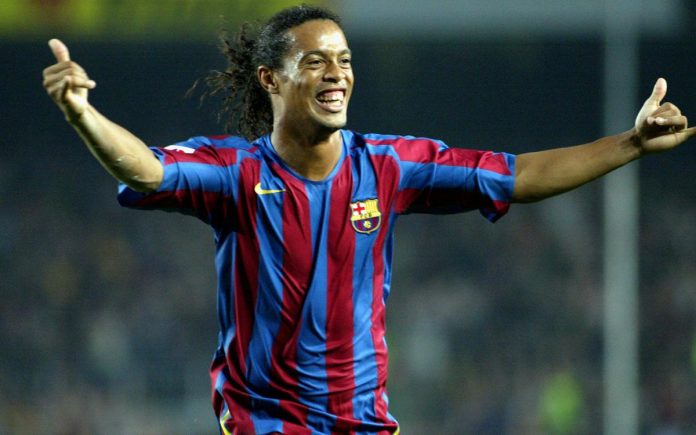 Latest Liverpool News: Ronaldinho, a legendary player for Barcelona, has said that he believes Liverpool will triumph against Real Madrid in the final of the UEFA Champions League later this month.

On May 28th, the Champions League final will be held in Paris. It will feature a matchup between Liverpool and Real Madrid. The Titans of the Premier League have already taken home the trophy six separate times. Los Blancos will be looking to win the championship for the 14th time in their history.

The victory against Villarreal, which Jurgen Klopp and his teammates earned, sent them through to the next round. The champions of La Liga, on the other hand, staged a stunning comeback against Manchester City to secure a victory on an aggregate of 6-5 and go to the championship match.

What did Ronaldinho say? Ronaldinho has voiced his respect for both of the teams who will be competing in the upcoming matchup between the two European super weights. This matchup is sure to be a mouth-watering one. Despite this, the Brazilian, who played a prominent role for Barcelona in the past, believes that Liverpool will prevail in Paris. He was quoted as saying on the French radio network RMC:

“Two outstanding squads. They have a lot of guys that are quite excellent. I hope everything works out for them. Real Madrid is an excellent club. But even though I am a huge fan of Barcelona, I have to say that I support Liverpool.”

Even though they still have two games to play in La Liga before the Champions League final, Carlo Ancelotti’s team has already secured the league championship. They have accumulated 84 points from 36 games. This places them in the first position on the table. This gives them a 12-point advantage over Barcelona, who are now in second place.

The Reds, on the other hand, are still in contention for the Premier League title, even though they are now three points behind the leaders of the table, Manchester City, with two matches remaining to be played. They will also play Chelsea in the FA Cup final. It will take place today at Wembley Stadium.

Latest Liverpool News: In 2018, the Champions League final was between Liverpool and Real Madrid. Real Madrid came out on top

In 2018, the final of the Champions League was held in Kyiv. It featured a matchup between Liverpool and Real Madrid. After defeating the Reds by a score of 3-1, Los Blancos were able to win the illustrious European Cup for the thirteenth time later that evening.

Karim Benzema scored the first goal of the match for the Spanish giants in Ukraine. But Sadio Mane quickly responded to tie the score for Klopp’s team. However, the game was won by Zinedine Zidane’s team thanks to a brace scored by Gareth Bale, one of which was scored at the cost of Loris Karius, the goalie for the Reds.

It is also important to remember that the two teams competed against one another in the quarterfinals of the Champions League the previous year. The reigning champions of La Liga came triumphant once again after defeating the Reds by a score of 3-1 overall.

When Klopp and company take on Real Madrid in Paris on the 28th of May, they will be eager to settle their score against the Spanish giants.