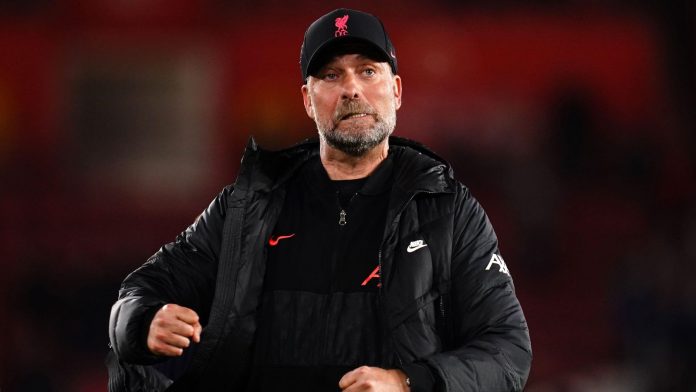 Latest Liverpool News: Jurgen Klopp, the manager of Liverpool, said that he would dedicate his team’s match against Real Madrid in the Champions League final on Saturday to the people of Ukraine.

The grand finale was supposed to take place in St. Petersburg at first. After Russia invaded Ukraine in March, the match was relocated to the Stade de France in Paris instead.

Since then, football has brought people from a wide variety of nations together in their love for East European country. There have been many different demonstrations of solidarity as well as messages sent to the war-torn nation.

Klopp reiterated his message of solidarity for the people of Ukraine as he was speaking at a pre-match press conference (as stated by The Liverpool Echo):

“There are a thousand and one reasons why I am overjoyed that the game is finally here. We can’t ignore the fact that the battle is still going on. It demands our attention. The correct statement is that the game will continue to be played. But it will not be in St. Petersburg. This game is being played for the people of Ukraine.”

As a result of the continuing violence, the vital World Cup play-off clash that Ukraine was supposed to have with Scotland has been postponed until June. In the meantime, all Russian national and club teams have been barred from participating in any tournament hosted by UEFA or FIFA, including the World Cup in Qatar in 2022. The German manager is about to take charge of his team for the fourth time in the Champions League final. There he will be looking to win his second trophy.

The Merseyside club suffered an embarrassing loss to Real Madrid in their first appearance in the European Cup final under Klopp’s leadership. The final score was 3-1 in Real Madrid’s favour.

The confrontation that took place in the capital of Ukraine is most often recognized for three aspects. First, two terrible saves from the goalie for the Reds, Loris Karius. Second, an injury to Mohamed Salah was caused by Sergio Ramos. Third, Gareth Bale scored an all-time spectacular overhead kick goal.

When questioned about the possibility of defeating the defending champions of Spain, Jurgen Klopp responded as follows:

“I have no clue how I will react if we end up being successful. At this point, we are in the mindset to be ready for a legitimate game and an honest battle. Real Madrid is the most decorated team in the Champions League. This level of expertise cannot be gained quickly. We have experience as well, having reached the final three times in the last five years. That is very unique!”

The team from the Premier League advanced to the championship game after eking out wins in the knockout stages against Inter Milan, Benfica, and Villarreal. The 63rd match in a long and grueling season for Liverpool, who have previously won their country’s two major cup competitions.