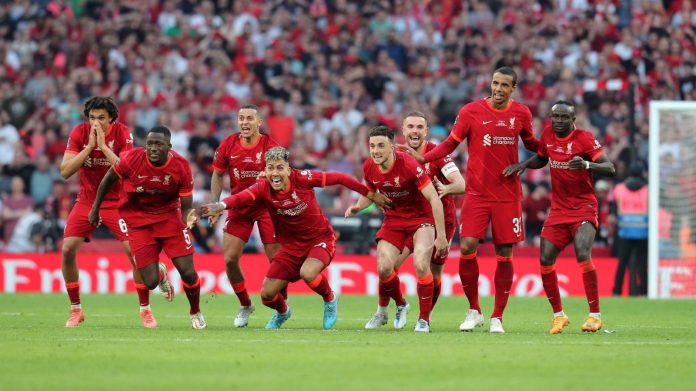 Latest Liverpool News: Rafael Benitez, who has previously managed Liverpool and Real Madrid, has selected two players from the Reds squad who he feels will be essential in the UEFA Champions League final on May 28.

It was his opinion that Trent Alexander-Arnold and Andy Robertson may pose a “major danger” to Los Blancos.

A rematch of the Champions League final game from 2018 is scheduled to take place between both clubs at the Stade de France. Back then, Real Madrid triumphed 3-1. But the Reds will be out for payback when they meet again.

What did Benitez say?

Before the final game, Rafael Benitez told the Mirror the following regarding Liverpool’s fullbacks:

“I guess that Carlo Ancelotti will try to take advantage of the space behind Liverpool’s full-backs. Real Madrid will try to get in behind Klopp’s defense. It is especially dangerous given that Klopp’s fullbacks are often quite high up the field. In terms of making crosses and providing assists, Trent Alexander-Arnold and Andy Robertson are two significant threats. In addition to this, they will proceed. Now, Vinicius does not have the endurance to go both forward and backward for the whole ninety minutes.”

“Who is going to watch after Vinicius if Liverpool loses the ball high up the field and Alexander-Arnold is in that position? In a general sense, this presents a genuine problem. The situation is the same on the other side. We are unsure whether or not Ancelotti will start Rodrigo. But we do know that Vinicius Jr. will see action.”

In most situations, Kane will drop deep to retrieve the ball and then feed Son in behind the defense of the opposition. This allowed Spurs to play out two draws against Liverpool in the Premier League this season.

Benitez, in the course of discussing this topic, made the following statement about Benzema and Vinicius:

“He’s (Vinicius) always a menace. He’s always dangerous. A serious issue. And there’s another one: Karim Benzema has been extremely excellent at, and very cunning at, getting away from his markers and connecting play. This is another one of his many strengths. Real Madrid might similarly utilize Benzema and Vinicius Jr. to how Tottenham employs Harry Kane. The former passes the ball to the latter and then slips back into position.

Latest Liverpool News: An injury concern for Liverpool comes at the same time Real Madrid gets a benefit

When all was said and done on the last day of the Premier League season, the Reds finished in second place, behind Manchester City (May 22). They prevailed against Wolverhampton Wanderers by a score of 3-1. City’s victory over Aston Villa by a score of 3-2 ensured that Pep Guardiola’s team would keep their title.

However, Jurgen Klopp’s team was dealt another blow when midfielder Thiago Alcantara had to leave the game in the first half with an injury and had to be replaced. According to The Athletic, he sustained an injury to his Achilles. His participation in the final of the UCL on May 28 is now in question.

As a result of a hamstring injury, the Brazilian Fabinho is also questionable to play. The ailment occurred a few weeks ago.

On the other hand, Real Madrid has been given a significant boost as a result of the return of their defender David Alaba to training after missing a month of action owing to an injury. It is anticipated that he will begin the match against Liverpool in the final that will take place in Paris.