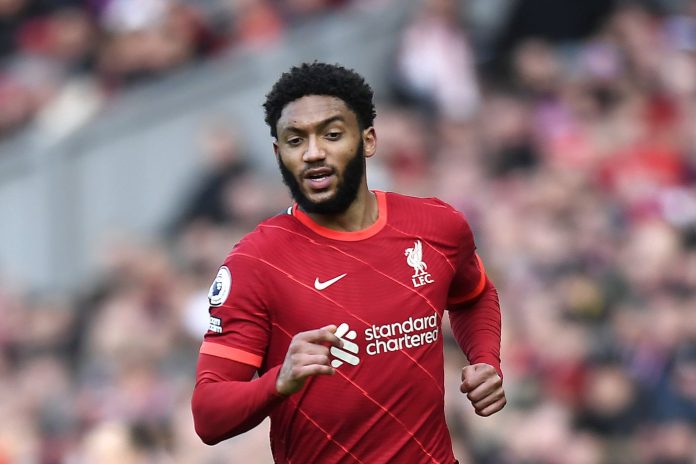 Latest Liverpool News: According to the dependable Paul Joyce, Liverpool is optimistic that Joe Gomez will be able to play in the final of the UEFA Champions League against Real Madrid. Gomez had an injury scare during their game against Southampton.

In the Premier League match that took place on Tuesday at St. Mary’s, the Reds were victorious against Southampton by a score of 2-1. As a result of the victory, the distance between them and the team that is now in first place in the standings, Manchester City, has been cut to one point in advance of the season’s final game.

On Saturday, Liverpool played Chelsea in the FA Cup final. Liverpool made nine substitutions compared to the lineup that began that game. Alisson and Ibrahima Konate were the only players to keep their starting positions. In the 13th minute of the game, they found themselves behind against the Saints. But goals from Takumi Minamino and Joel Matip helped them take the victory.

Even though it was the Reds’ second-string team, they turned forth a very promising performance. On the other hand, one of the most significant drawbacks of the evening was the injury that Gomez, who had begun the game at right-back, sustained.

After suffering an injury in the closing minutes of the first half, the 24-year-old was taken out of the game and replaced by Jordan Henderson at the beginning of the second half. In recent years, Gomez has dealt with more than his fair share of injury issues. There was worry that he could have suffered yet another injury-related setback.

About the injury to Joe Gomez According to Joyce, a scan that was performed on Gomez’s ankle injury that he received on Tuesday revealed that there was no significant damage. Now, Liverpool is holding out hope that they will be allowed to choose him for their side when they face Real Madrid in the final of the Champions League in ten days. The journalist with the Times posted the following on Twitter:

“A scan was performed on the ankle injury that Joe Gomez experienced while playing against Southampton. The result was favorable since there was no significant harm. If everything goes according to plan with his recuperation, Liverpool is hopeful that he will be ready to play in the final of the Champions League.”

This season, Gomez has been a key member of Jurgen Klopp’s team. He has a total of 21 times in all competitions. The center defender is now ranked fourth on the team’s depth chart, behind Virgil van Dijk, Konate, and Matip. Nonetheless, he has performed well in the role as Trent Alexander-Arnold’s backup.

The victory that the Reds had on Tuesday against Southampton means that the fight for the Premier League title will go down to the wire in terms of the last game of the season. The top two teams are separated by only one point heading into the final match.

On Sunday, Klopp’s team is slated to play Wolverhampton Wanderers at Anfield. Manchester City’s match against Aston Villa is scheduled to take place at the same time. If the team from Anfield wants to go to win the title this season, they will need Steven Gerrard and the rest of the squad to do them a favor.

After that, the Champions League final will be held on May 28 in Paris. Liverpool will compete against Real Madrid. They already have the EFL Cup and the FA Cup for this season. They are hoping to add another trophy to their collection.