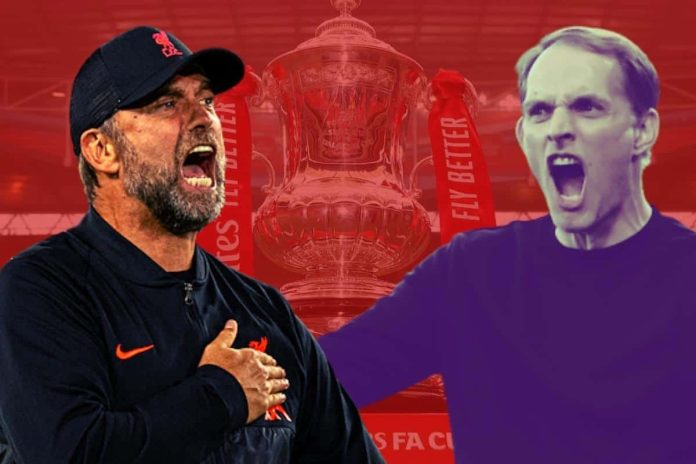 Latest Liverpool News: Should we do away with extra time in championship cup games already? For the second time this season, the outcome of a domestic cup final between Liverpool and Chelsea was decided by the very last kick of the game. After a hard and exhausting first half of 120 minutes at Wembley, the team coached by Jurgen Klopp was victorious on penalties. They also won the Carabao Cup in February.

Both sets of fans rode another rollercoaster of emotions throughout the match. But in the end, it was Liverpool’s supporters who came out on top.

But was there any other way that everything might have been settled earlier? As was the case in February, the players pushed their bodies through even more agony while the fans’ emotions were also taxed. The Carabao Cup’s preliminary stages are decided by penalty shootouts. So, one would wonder whether it wouldn’t make more sense to apply this format to the rest of the tournament.

After a long and challenging season, Liverpool played their 60th game on Saturday. One that, even now, promises a significant amount of content inside the last two weeks. After their performance in the Club World Cup in Doha, Qatar, in December, Chelsea had even more opportunities to compete in the competition.

Therefore, in light of the demanding nature of the campaigns undertaken by both sides, it felt unreasonable to expect an additional thirty minutes of top-level football.

What did Phil Thomson say? According to Liverpool’s great Phil Thompson, who spoke to Sportskeeda: “Listen, I know that getting penalties is never fun. But I honestly thought that the opening twenty minutes were some of the finest football that we have ever played. We took Chelsea apart at times. Because I believe they were attacking excessively down the right side. Luis Diaz was coming in all the time. Thomas Tuchel made some kind of adjustment to the team’s strategy. We never threatened the goalie or scored the goal we needed. But the way the game went, they began the second half in the same manner as we did. This was even though we never threatened the goalkeeper. However, both teams were strong competitors. Two teams are competing against one another. With the additional time, I believe they ought to take a look at what’s going on.

Unnecessary waiting around is a waste of time. It’s the last week of May. The temperature has significantly increased. So both teams are out on their feet and completely spent. At that point, I believe they may as well just go on to the penalty kicks. I believe that would make things a lot less difficult for everyone involved.”

It’s a valid issue to raise. Extra time in games of such significance usually results in players being more conservative out of a worry that they will make a mistake. An expensive one that results in their team receiving medals for second place instead of first. In the most important phases, you do not want to have an attitude that is inhibiting.

Latest Liverpool News: Do we need the extra time?

There are a dozen more instances of exhaustion, injury, cramping, and distress for every moment that can be attributed to Steven Gerrard in 2006. When the player was serving as the captain of Liverpool at the time and scored one of the most iconic goals in the annals of the competition deep into extra time. If a final were to be decided by penalty kicks directly after a scoreless draw after 90 minutes, it would undoubtedly encourage the players to give it their best in the final moments without the concern that they would need to save anything in the tank for the additional half-hour. From a neutral perspective, that would make it much easier to digest.

After enduring such a taxing game, both mentally and physically, for such a long period, adding another half an hour does nothing to invigorate the participants. It is simpler to run down the time and gamble on penalty kicks rather than try to win the game.

The FA Cup final has been played a total of 141 times. 26 of those occasions have gone into extra time without the need for penalties. Of those, just four of those instances have occurred after the turn of the 21st century. At a time when there is such a high demand for football and such a high number of injuries are sustained as a direct consequence of playing the game, would it not be wiser to do away with the notion entirely?

Do we really need this extra time, which raises the possibility of being injured more than it does the possibility of scoring the game-winning goal? Considering that the schedule of games is only going to become busier, it’s definitely something to give some thought to.