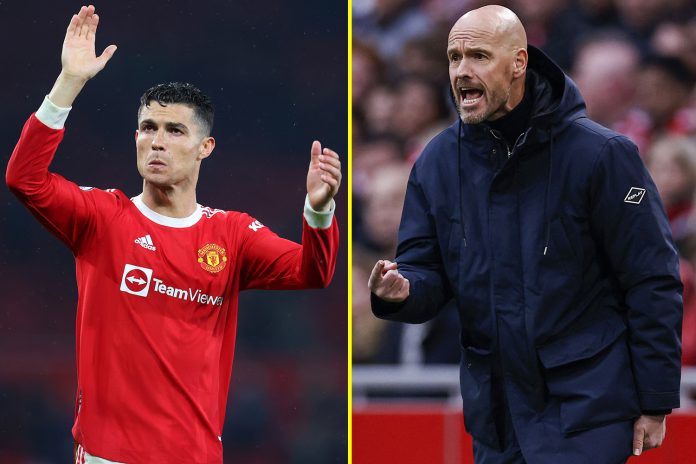 This summer, Ten Hag will be taking over what seems to be a challenging responsibility at Old Trafford. The Red Devils need a large number of new players to balance out their roster. So, there have been rumors that a significant player purge might be on the horizon.

Even Sports Illustrated published an article speculating that Ronaldo, who was the most valuable player for the team during the previous campaign, would depart in the summer. Ten Hag, on the other hand, has said unequivocally that the Portuguese superstar is a part of his strategies (via the Independent).

What did McAvennie say?

McAvennie has now said that the Dutchman must “get hold” of Cristiano Ronaldo. He has to talk to him to prepare for the 2022-2023 season. He said the following to Football Insider:

“The first thing that he has to do is win over the guys that are on his team. Ronaldo is the most important player in the locker room. He wants to keep Ronaldo around. It is imperative that he goes and talk to him right now. Although he may have already done so through Zoom. He must get a hold of him because he is the kind of player who you absolutely must have on your side.”

The former Celtic and West Ham United striker continued by saying that despite their recent difficulties, United still have the allure of a major club. He said:

“Anthony Martial and other players similar to him will be returning to the first team soon. He has to move them along as rapidly as possible. He must recruit notable individuals. Let’s cut to the chase. Manchester United is still one of the most successful clubs in the world. Therefore, they have to compete with these very large competitors in the industry.”

McAvennie finished by referring to Ronaldo as a “serial winner”. He said that the 37-year-old would want players at Old Trafford with a mindset like his own to surround him.

McAvennie predicted that Ronaldo would place a high demand for it. He went on to say: “Everyone around him should have ambitions on par with his own since “he’s a serial winner.” Manchester United had a terrible season in 2021–2022. But, Cristiano Ronaldo performed well for the club.

The 2021-22 season for Manchester United finished with the club finishing in sixth place in the Premier League standings. As a result, the club will compete in the UEFA Europa League the following year. They were also eliminated from the FA Cup, the EFL Cup, and the UEFA Champions League at an early stage. They changed managers three times throughout the course of the season.

However, Cristiano Ronaldo held his own amid much younger teammates when playing for the Red Devils. He scored 24 goals and provided three assists in a total of 38 appearances across all competitions. In the next season, Ronaldo will want to improve upon those figures while playing for Ten Hag.

Share
Facebook
Twitter
Pinterest
WhatsApp
Previous article“The outcome of the game was unfortunate”- Dany Murphy Says That Liverpool Did Not Deserve To Lose The UCL Final
Next article“They Need A Player Who Can Score Goals”- Craig Burley Suggests Liverpool, The Replacement Of Sadio Mane