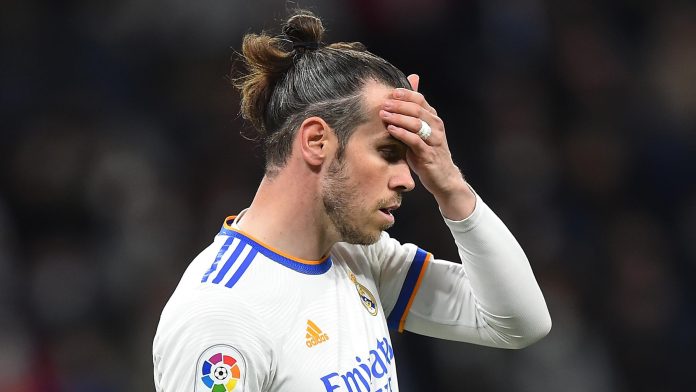 Latest Real Madrid News: As per Fabrizio Romano, Gareth Bale’s representative has reportedly said that his client is planning to part ways with Real Madrid after the current season.

Since making the transfer from Tottenham Hotspur to Real Madrid in September 2013, Gareth Bale has been a member of the Real Madrid squad. At the time, his price tag of €100 million made him the most expensive player in the world. During his tenure with the Spanish club, he won several trophies. Nevertheless, the winger has been subjected to persistent criticism over the course of the last several seasons. There was serious consideration given to bringing him back to Tottenham Hotspur when his loan transfer came to an end last year.

The current season will mark the end of Gareth Bale’s current deal. This will allow him to become a free agent after the year. As a result of being asked to contemplate a relocation, Newcastle United has been the subject of speculation over the possibility of a return to England (as per The Sun). In the past, there has also been speculation that Bayern Munich may be interested in the Welsh winger (according to the Daily Mail).

Now, the player’s agent Jonathan Barnett has all but confirmed that the Wales winger is transferring. Thus suggesting that a future return to England is likely. He said:

“Gareth is going to end his time with Real Madrid. I believe that he will return to English football at some point. Bt his destiny is now determined by Wales and the games they play in the World Cup playoffs.”

What are the chances of Gareth Bale making a permanent move back to Tottenham Hotspur from Real Madrid?

Gareth Bale has been linked to Tottenham Hotspur more than any other club, as is clear. It was in this league that he first rose to prominence. He established himself as one of the most dangerous wingers in football around the globe. Spurs will also be trying to make fresh additions to their roster. Although they are planning to keep Antonio Conte as their manager for the foreseeable future.

The Italian has made significant contributions to the team’s development both on and off the field of play. He is going to be overjoyed at the possibility of getting a player who has won several titles in his career.

The Welshman has not been performing at his peak level for several years now. But, he has shown sufficient talent over the course of the last few months to warrant increased attention from major clubs. In the World Cup Qualifications, he has contributed six goals and one assist for his country. His team will now compete in the playoff finals against either Ukraine or Scotland.