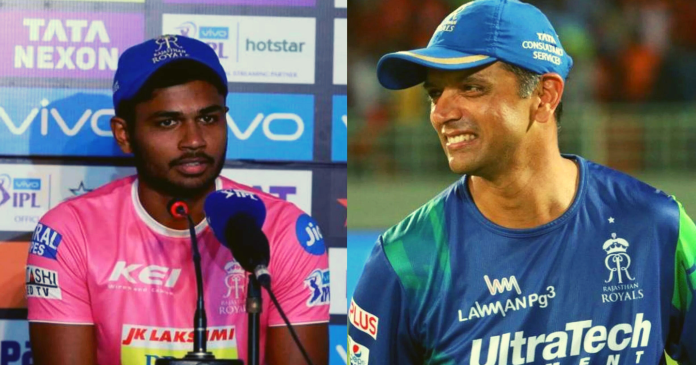 PBKS vs RR Live Update IPL 2022: Rahul Dravid is one of the unsung heroes of Indian cricket. He has quietly carried out his responsibilities whenever the team has required him in a time of crisis. Dravid is well-known for his on-field performance. But he is also well-known for his personality off the field. Many members of the cricketing world have already expressed their admiration for him for his gentlemanly demeanour.

Rajasthan Royals captain Sanju Samson recently said that the batting icon always talked with the owner and groundsman in the same manner. He added that this is one of the most important things he has taken away from the legendary player. During their IPL stints with Rajasthan and Delhi, Samson and Dravid were able to spend some quality time together.

PBKS vs RR Live IPL 2022: We used to pay close attention all of the time: Sanju Samson

“When Rahul Dravid was playing for the Royals, we used to pay close attention to him. Mr. Manoj Badale was the owner. He is the most crucial member of the squad. In the same fashion, he (Dravid) conversed with Manoj Badale and the groundsman as well. The most important thing I learned from him was to be humble,” Samson said on Gaurav Kapur’s programme ‘Breakfast With Champions’.

“It’s a real act on his part. He doesn’t do things for the sake of it,” Samson said. Meanwhile, Dravid joined the Royals in 2011 after three seasons with the Royal Challengers Bangalore from 2008 to 2010. The group remained a part of his life until 2013. It also happened to be his last year of competitive cricket.

Their season came to an end in Qualifier 2 as they were defeated by the eventual winners, the Mumbai Indians. He subsequently went on to captain RR to the finals of the now-defunct CLT20 tournament. There, they were once again defeated by the same opponents.

In his present role as India’s national team head coach, the famous cricketer has overseen the team’s unbeaten record at home in all forms.

Sanju Samson is captaining the Rajasthan Royals in IPL 2022

But the 26-year-old has failed to duplicate his success in the Indian Premier League and local cricket in the international arena. The fierce rivalry for a player with his profile inside the Indian squad hasn’t helped his chances either.

In and out of the squad, he has found it difficult to engage with his teammates when he is not there. The elegant hitter, who participated in the most recent edition of Breakfast with Champions, revealed a story about a time when he found it difficult to start a discussion with other Indian cricket stars. The older player who came to his aid and made him feel welcome by approaching him was even identified and named by the youngster.