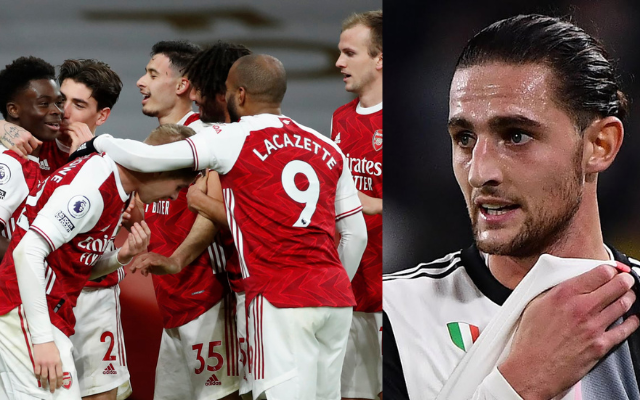 Arsenal News Transfer: Calciomercatoweb.it says that Juventus is looking for ways to get rid of Adrien Rabiot on the market. The midfielder is no longer wanted in Turin. So he will be sold during the current summer transfer window. Juventus is actively trying to find a buyer for Rabiot. If the right offer comes along, they are expected to take it.

Manchester United has been mentioned as a possible destination for Rabiot. But according to a report, Juventus is looking into the possibility of swapping the Frenchman with Hector Bellerin from Arsenal.

Juventus has been looking for a right-back for a while, as Massimiliano Allegri wants to find a better option than Danilo or Juan Cuadrado. They have been rumored to be interested in several right-backs over the past year, with Bellerin being one of the names that came up.

Bellerin was once thought to be one of the best right-backs in the world. This season, he played on loan at Real Betis and did pretty well. Even though he went back to the Emirates in the summer, the player wants to stay at Real Betis for good because he likes it there.

Arsenal News Transfer: Hector Bellerin is on his way out?

But it’s hard for the Spanish team and Arsenal to come to a deal. Arsenal is holding out for a fee of €18 million. It gave Juventus the chance to stop the deal and make the Gunners a good offer to get Bellerin for next season.

The Bianconeri would like to trade Rabiot for another player because they know that Arsenal needs midfield help this summer. The Gunners just got Fabio Vieira from FC Porto. But coach Mikel Arteta could also use a star player like Rabiot who can do a lot of different things and has a lot of experience.

From Arsenal’s point of view, it makes sense to trade Rabiot for Bellerin. The London team doesn’t need the services of the Spaniard. Arteta is already looking for a right-back who can play alongside Takehiro Tomiyasu and Cedric Soares next season.

Will the Gunners accept the swap deal?

The addition of Rabiot, on the other hand, could give Arsenal’s midfield more depth. This could be useful for team rotation during the 2022/23 season. The Frenchman also has a lot of experience and can play on the wing if needed. It makes him a good option for the big Premier League clubs to go after him this summer.

After making Jesus a top priority this summer, the Gunners have been in talks with Manchester City for a long time about a move to the Emirates. After Pierre Emerick-Aubameyang left in January and Alexandre Lacazette went back to Lyon for free this month, the club was always going to sign another forward before the 2022/23 season.

Jesus will compete with Eddie Nketiah. He was given a lucrative long-term contract after a strong finish to last season, to be Mikel Arteta’s number 9.