REPORTS: Arsenal Lock Horns With Manchester United For The Signing Of A Star Midfielder 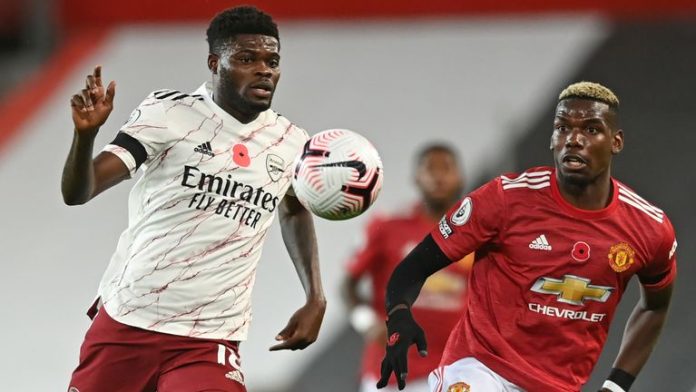 Latest Arsenal News: After being released by Bayern Munich, rumours indicate that Arsenal and Manchester United are interested in signing midfielder Corentin Tolisso.

After making 118 appearances for the club before moving to Bayern Munich in 2017, the French international had a fruitful run at the Allianz Arena. He won five league championships in the Bundesliga, two German cup titles, and the Champions League in 2020.

Tolisso will be leaving Bayern

Tolisso would leave the club on amicable terms, as reported by Fabrizio Romano. Now, The Sun has reported that Manchester United and Arsenal are competing to sign the midfielder.

According to the source, Mikel Arteta and his squad are reportedly looking for a central midfielder to offer their club more depth in that part of the game. The name Tolisso is on the shortlist of players for the position.

Tolisso has a wealth of experience playing competitive football thanks to his time spent at Bayern Munich. There he was personally responsible for scoring 36 goals. His versatility to play in either defensive or offensive midfield roles will make him a desirable option for several European clubs this summer. Yet, his lengthy injury history in recent years may deter potential suitors.

Latest Arsenal News: This summer, rumours are surfacing about several stars showing interest in moving to either Arsenal or Manchester United

After suffering heartbreaking losses at the end of their respective Premier League seasons, both clubs will compete in the Europa League the following year.

The Gunners’ lack of depth was brought into stark relief when important players like Thomas Partey and Kieran Tierney suffered injuries at inopportune times. United finished with their fewest points in a single Premier League season in their entire history.

The newspaper The Sun has named several midfielders whom they claim to be on Arsenal’s shortlist. Among those midfielders are Premier League players Ruben Neves and Youri Tielemans. His current contract has only one year left on it.

During this time, the new manager of Manchester United, Erik ten Hag, is reportedly showing interest in signing Barcelona midfielder Frenkie de Jong. He wants to improve his team during the transfer window. 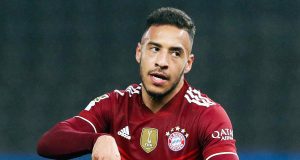 Corentin Tolisso’s decision to leave Bayern Munich became public on Monday. Thus, making his departure the second significant one at the club after Robert Lewandowski’s exit last week. His current contract runs out at the end of June. So, the French midfielder will be departing as a free agent and going elsewhere. From the standpoint of both teams’ respective sports, the conclusion that was made was the appropriate one.

Despite this, Bayern did make an effort to retain Tolisso on the roster. Bild reports that the Bavarian club made an offer for a performance-based deal to Tolisso if he was unable to sign with another team. The French midfielder, on the other hand, was seeking a salary somewhere in the neighborhood of 11 million euros. Tolisso will depart as a free agent after the German Champions decided to do so.