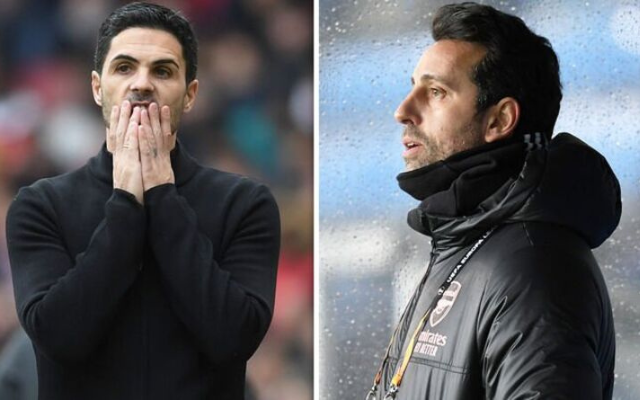 Arsenal News Transfer: Lyon manager Bruno Cheyrou has admitted that Lucas Paqueta is leaving the French club. This means that Arsenal could make another big signing before the next season starts.

The Gunners have also brought in Marquinhos, a 19-year-old winger with an eye on the future, and Matt Turner, a US goalkeeper who will fill in for Aaron Ramsdale.

So far, Jesus seems to be the best new person to come along so far. In the preseason, he has scored four goals in four games. One of those goals came in the recent 4-0 win over Chelsea.

As Mikel Arteta’s team tries to get back into the Champions League, it looks like the Brazil forward will have an exciting season.

Zinchenko, a versatile player from Ukraine, could be as big summer signing for Arsenal as Jesus. He is a very reliable player who can play in defence or midfield.

But Arsenal isn’t finished yet. They could still sign another top player before the transfer window closes on September 1.

The Gunners are big fans of Lyon’s attacking midfielder, Paqueta. Rumours have been going around for months that they will try to sign him.

In an interview with TNT Sports Brazil on Sunday, Edu, who is in charge of Arsenal’s technical side, finally talked. He said, “When I speak about Lucas Paqueta, I try to be very polite. I’m a guy who really likes him and always has, ever since I played for Brazil’s national team. He had a great season. In the French league, he was thought to be the best player from outside of France.

But today, there’s really no talk at all. I just admire the player because, in the position he plays, I think we’re very well served by the team as a whole.”

Now, Cheyrou, who is in charge of recruiting for Lyon, has answered. He has also given Arsenal hope that a deal can be made by making it sound like Paqueta will be moving on.

Cheyrou said at a press conference, “We need to cut down on the size of the team. When it comes to departures, we’ll look at each offer individually and take the economy into account. We’ll talk about the offers with Jean-Michel Aulas and Vincent Ponsot to figure out what to do. I’m here to make sure we have the best team we can, but there are also other things to think about.”

If Arsenal makes a good offer, it looks like Lyon might be willing to let the 24-year-old leave. According to reports, the Ligue 1 team thinks Paqueta is worth between £50m and £55m.

This means Paqueta won’t be cheap to get. But he is one of Lyon’s best players and has all the skills he needs to be successful in the Premier League.

The Brazil international scored 10 goals and set up seven others in 42 games last season. He has also played in competitions in Europe, which is good for Arsenal.

The Gunners haven’t made a firm offer yet, but given how much Edu likes the player, it wouldn’t be a surprise if they did soon. A report says that Arsenal is willing to let Bernd Leno join another Premier League team for a lower price.

ALSO READ: ‘Come And Play For Us’-Arsenal Star Is Being Persuaded And Told To Play For Arsenal’s Rival

Share
Facebook
Twitter
Pinterest
WhatsApp
Previous article‘Come And Play For Us’-Arsenal Star Is Being Persuaded And Told To Play For Arsenal’s Rival
Next article‘Arsenal Saying He Is Not Good Enough Is A Joke!’-Arsenal Set To Lose Out On A Bargain Deal For A Star Player