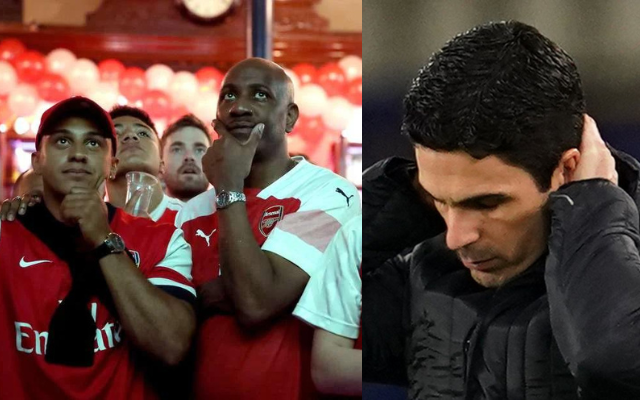 Arsenal News Transfer: Juventus want €30 million for Arthur Melo, which Arsenal is not willing to pay. A loan deal with an option to buy could be the solution

Arsenal News Transfer: Rudy Galetti said on Tribal Football that Arsenal won’t pay the €30 million that Juventus wants for Arthur Melo, a midfielder they want. The Gunners might be willing to talk about a loan deal with an option to buy. This could give Bianconeri another way to get rid of the unwanted Brazilian midfielder.

Since January, Arthur Melo has been one of the names that Arsenal has been linked to. After not being able to agree on a loan move for the Brazilian midfielder during the winter transfer window, the Gunners seem to be back in talks with Juventus to try to sign him again.

Since Juventus already has Denis Zakaria and Paul Pogba, Massimiliano Allegri doesn’t have room for Arthur in his team. The 25-year-old and a few others are free to leave. But the Serie A giants want to get good money from potential buyers.

There have been rumours that Arthur wants to go back to Barcelona. But the Blaugrana don’t seem too interested in making a deal. That means that Arsenal is the only team that could sign the Brazilian midfielder. But Mikel Arteta hasn’t decided yet who he wants to sign for his midfield.

Arthur is the kind of player that Arteta needs for his new Arsenal team. Reports said that the North Londoners were willing to include Lucas Torreira in any possible move. But it’s not clear if Juventus really wants the Uruguayan.

The big teams in Serie A want at least €30 million to let Arthur go. But Arsenal won’t pay that much. Instead, the Gunners might be open to a loan deal with an option to buy, which, according to reports from the last few days, has been well received by Juventus.

Arsenal News Transfer: Will Arthur Melo come to the Emirates?

The 25-year-old has skills that fit Arteta’s style, but the club in north London doesn’t want to spend a lot of money to get him. Also, Arthur’s performance has been iffy since he joined Juventus. So, a loan deal would be a safer option for Arsenal than paying €30 million.

Arthur will not be in Arteta’s starting lineup because Granit Xhaka is the team’s first-choice left-sided midfielder. Arsenal also got Fabio Vieira in the summer, and Albert Sambi Lokonga looked good in the position during the club’s preseason tour.

Arthur might be best thought of as a good backup player. But he could still play a lot since the five-substitute rule is back in the Premier League. The best way to make the Brazilian team for the 2022 FIFA World Cup is to play a lot of games between now and November.

ALSO READ: ‘£50m For Him’-Arsenal Finally Receive A Huge Boost In The Signing Of A Superstar

How is a talented guy like Arthur still on the market? He could be the bargain of the summer. United should go for him as an alternative to Frenkie

I don’t want Melo. Sign Tielemans and PaqAttaq and you are all dead this season!!

They don't need Melo anyway, Viera will do just fine but they seems to forget him for now cos he's injured.

People tend to forget how good he was at Barcelona. Arsenal fans saying is not good enough is a joke💀