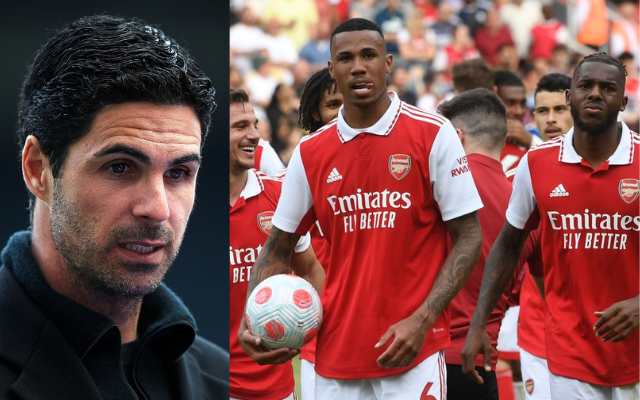 Arsenal News Transfer: Arsenal could now sell out-of-favour goalkeeper Bernd Leno to Fulham because they lowered the price they wanted for him.

Last season, Leno was the first-choice goalkeeper for the Gunners. But that quickly changed when Aaron Ramsdale joined the team. Leno had to sit on the bench because of Ramsdale, even though he played well at Aston Villa in March.

Since then, Arsenal has added Matt Turner, a goalkeeper for the United States national team, to Mikel Arteta’s team. That should make it easier for Leno to leave, even though making a deal has been harder than expected.

Arsenal News Transfer: Bernd Leno could now be sold to Fulham by Arsenal

Fulham, a London team that won the Championship last year, has been after Leno as they look for a new goalkeeper.

Norberto Neto of Barcelona has also been talked about. But Leno of Arsenal seems to be the top choice. The London Evening Standard says that Arsenal wanted £10 million for the player, which was stopping a deal with Fulham.

Now, though, Arsenal is willing to settle for £8 million, which could make a move to Fulham possible. Leno cost Arsenal £19 million when they bought him from Bayer Leverkusen in the summer of 2018.

That means Arsenal is now willing to lose £11 million on Leno, who has played 125 times for the Gunners. But Leno’s contract ends next summer. This is probably what will cause the asking price to drop even more.

Now, Fulham will try to move in and get a big player for Marco Silva. So far, only Andreas Pereira and Joao Palhinha have joined Fulham this summer.

Leno would be Silva’s first choice for a goalkeeper at Fulham, ahead of both Marek Rodak and Paulo Gazzaniga, who used to play for Tottenham.

There is still work to be done. But now that Arsenal has dropped their asking price, a deal could be made in the next few days.

ALSO READ: ‘Interested In Signing Him On Loan’-Atalanta Emerge As The Front-Runner To Sign The Arsenal Star

No way Fulham is having a proper transfer window than Chelsea

Fulham is bigger than Chelsea in my book

If we miss out on selling Leno because of 3-4mil I’ll be fuming. Just get rid.

Cause nobody else wants them

I really feel for Leno. 3rd choice goalkeeper in both Germany and Arsenal. He should consider switching nations too.