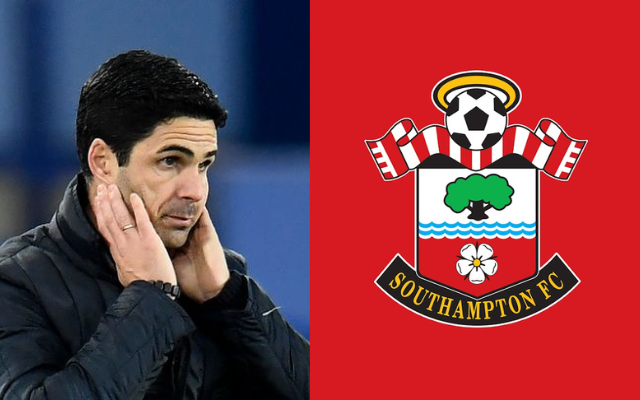 Fabrizio Romano says that Arsenal defender Ainsley Maitland-Niles will join Southampton on loan with an option to buy.

The Italian journalist said that the Saints are getting closer to signing the versatile English defender on loan. The deal will include an option to buy, but the price is not known yet.

Maitland-Niles will go to New Orleans for a medical exam once a deal has been made for him to join the Saints. The right-back, who can also play as a central midfielder and a left-back, spent last season on loan at Serie A side AS Roma.

But it was hard for him to get into Jose Mourinho’s team, and he only played 12 times all season.

Maitland-Niles is back at Arsenal, where he will have to beat out a lot of other players to make into Mikel Arteta’s team. Takehiro Tomiyasu, Ben White, and Cedric Soares are all trying to replace him at right back for the Gunners.

In the middle of the field, Thomas Partey, Granit Xhaka, and Mohamed Elneny give the North London team a lot of depth.

Maitland-Niles has been linked with a move to Newcastle United. But it looks like he will be going to Southampton instead. He has played 132 times for Arsenal, scoring three goals and setting up eight others. The versatile right-back has one year left on his current contract at the Emirates Stadium.

What is in store in his future?

Maitland-Niles stirred up trouble when, at the end of last year, he posted a message on Instagram that said:

“All I want to do is go where I’m wanted and where I’m going to play.”

It happened after the Arsenal defender was turned down for a loan move to Everton and showed how upset he was about his situation. The Englishman joined Roma in the end, but his time with the Serie A team didn’t go well.

Maitland-Niles can bring a lot to a team, but he needs a consistent role to play. Given the team Ralph Hassenhuttl is building at St. Mary’s Stadium, Southampton might be the best place for him to go.

ALSO READ: £26M Gem in Talks With Arsenal For A Late Surprise Move On The Deadline Day

Another player out the door and we’re still not signing anyone, this is ridiculous

Ffs why are we selling midfielders 😭

Does it mean we are signing a midfielder, Fab?

Why extend his contract if Arteta has no intention of ever using him while he’s manager?

Share
Facebook
Twitter
Pinterest
WhatsApp
Previous article‘Virat Kohli Doing What He Does The Best’-Twitter Reacts As Virat Kohli Scores A Half-Century Against Hong Kong
Next articleLatest Arsenal News: Gary Neville Thinks Club Has Next Rio Ferdinand In Their Squad