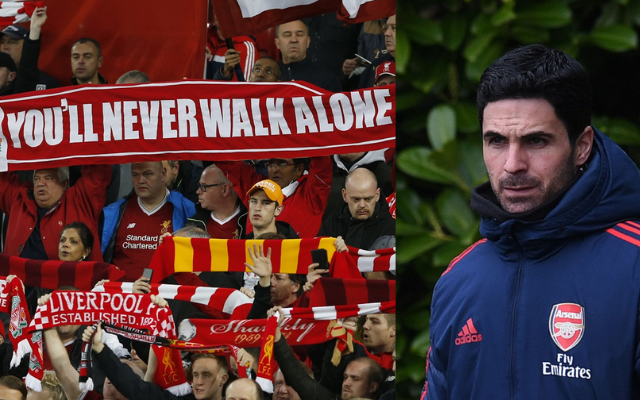 Arsenal News: Aaron Ramsdale, who is the goalkeeper for Arsenal, has said that head coach Mikel Arteta’s methods of training are different from what he has seen with other managers.

Last summer, Ramsdale moved from Sheffield United to Arsenal for £30 million. He will be in the Amazon documentary “All or Nothing: Arsenal”. The documentary had a total of eight episodes that showed the Gunners’ season from 2021 to 2022.

In an exclusive clip from the Amazon Prime documentary, Arteta is seen playing Liverpool’s famous anthem “You’ll Never Walk Alone” on the speakers at the Arsenal training ground.

Arsenal News: What did Aaron Ramsdale say about Mikel Arteta?

Ramsdale said this to Football London: “I haven’t heard of the speakers before. I don’t think they will come out again. We could all figure out what the plan was. It was one of those stadiums where it could be too much if you let it. But, you’re right, his team talks are different.”

The 24-year-old person kept going: “I think he keeps things interesting because, as you say, he sometimes writes, sometimes talks, and sometimes lets some of the boys talk. He keeps you interested and gives you a look into his life. We’ve learned new things about him in the past year that you’d never know unless he wrote a book or something. I do pay close attention to what he says before games.”

He said the following about Arteta: “It just means that you can go talk to him. As a young player, you have to be afraid. I’ve had managers with whom I was more afraid than others, and I still feel that way about him. If he pulls you aside for a talk, you always wonder, “What’s going on here?”

He added: “But he’s probably the most approachable one I’ve had, so when he talks about snippets of his life, you can relate to something he’s talking about, which gives you a common interest or topic of conversation where you can just be yourself.”

On August 4, the first three episodes of the documentary will be shown. The Gunners will start the 2022–23 Premier League season on August 5 at Crystal Palace, which is an away game.

Share
Facebook
Twitter
Pinterest
WhatsApp
Previous article‘This Team Is Adamant, Why Mess With His Confidence’-Former India International Slams Rohit Sharma And Rahul Dravid For Their Decision
Next article‘Just Steps Away From Leaving Arsenal’- Mikel Arteta is Set To Lose One Of Arsenal’s World-Class Players