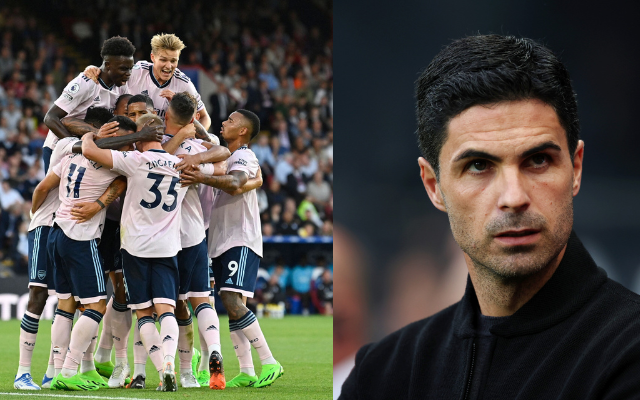 Arsenal Transfer News: Hector Bellerin, a defender for Arsenal, has now reached an agreement in principle with Real Betis. Talks between the Gunners and Verdiblancos are still going on, even though teams from all over Europe are interested.

Hector Bellerin only wants to move to Real Betis this summer. So Arsenal has agreed to let him go. That’s what Estadio Deportivo says. They say that the leaders of the Emirates Stadium have now admitted that they won’t be able to get the full €10 million (£8.5m) valuation.

The Gunners have shown bids from all over Europe for Bellerin in hopes of getting a good price for him. But the right-back has turned down chances to go back to La Liga with Atletico Madrid or Villarreal or to move to Serie A with Roma, Inter Milan, or Juventus.

Bellerin has been back at Arsenal since the summer. He is now in the last year of his contract. He spent last season on loan at Real Betis, where he played well enough to convince Arsenal’s leaders that they could get a big sum for his permanent move.

🚨 Héctor Bellerín’s representatives will fly to London in the next few hours to resolve his future in a ‘key meeting’ with Arsenal. Their idea to get the player to leave ‘as cheap as possible’, with Real Betis waiting. [@MatteMoretto] #afc

But the Spanish player only wants to join Manuel Pellegrini’s club if he can move in the last month of the transfer window. Bellerin has also already agreed in principle to personal terms for a four-year contract at the Estadio Benito Villamarin before he could come back.

Bellerin is willing to wait for a move to Real Betis while the Seville team talks with Arsenal. His agents have also met with the Gunners more than once to explain why he wants to join Pellegrini’s side again, even if it means giving up half of his salary.

Real Betis could sign Bellerin in a few days if Arsenal agrees that they are the only team that can make the deal work. He doesn’t have much of a future at Arsenal under Mikel Arteta, who left the £110,000-a-week star out of the team that beat Crystal Palace 2-0 on Friday.

Héctor Bellerin is one step closer to returning to Real Betis. The player agent has activated a trip to London this week to work on the termination of Bellerin contract. opening a new door for the defender to defend again the green and white shirt. @NachoLiano pic.twitter.com/CcsDUU6mif

Ben White started at full-back instead of the defender that Lauren, a former Gunners great, once called “world-class.” Takehiro Tomiyasu is still getting better from a hamstring injury. So the first-choice right-back, Cedric Soares, was also on the bench at Selhurst Park.

Arsenal Transfer News: Will the move go through?

The Spain international has offered to give up the £4.2 million salary that Arsenal would pay him next year so he can sign a four-year deal with Betis for about half of what he makes in north London.

Arsenal wanted about £8.5 million for Bellerin if they sold him this summer. But it is still not clear if they will let him leave for free.

🚨 || Arsenal have given the green light to terminate Héctor Bellerín’s contract and his agents are in London, to do just that. He is just steps away from signing for Real Betis [Via – @AFDLP].

Since the player wants to leave and the manager has no plans to play him, it seems likely that the Spaniard will get his wish and go back to Real Betis. But the Gunners will be sad to lose him for free, especially since he was once linked to big-money moves to teams like Barcelona.

Bellerin has played for Arsenal 239 times. But he is now so far down the list that he wasn’t even in the team that played against Palace on Friday night.

ALSO READ: ‘We Could All Figure Out What His Plan Was’-Aaron Ramsdale Talks About Mikel Arteta Playing The ‘You Will Never Walk Alone Anthem’ During Training

Share
Facebook
Twitter
Pinterest
WhatsApp
Previous article‘We Could All Figure Out What His Plan Was’-Aaron Ramsdale Talks About Mikel Arteta Playing The ‘You Will Never Walk Alone Anthem’ During Training
Next articleJUST IN: Arsenal is Set To Shell Out £40 Million For A New Alternative Signing in the Midfield