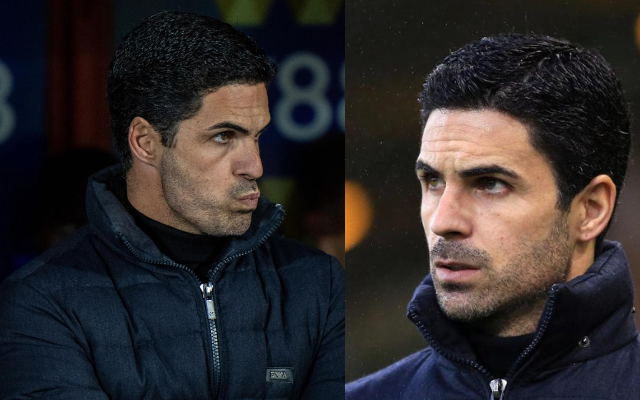 Arsenal news: The Gunners midfielder Ethan Nwaneri has created history by becoming the youngest ever player to feature in a Premier League game.

Nwaneri came on as an injury-time substitute for Fabio Vieira during the Londoners’ 3-0 victory against Brentford last week at the age of 15 years and 181 days. He overtook Liverpool’s Harvey Elliot (then at Fulham), who previously held the record for being the youngest-ever PL player at 16 years & 30 days.

The youngster joined the Gunners’ famous youth academy aged nine in 2016. He worked through the club’s youth ranks to make his senior debut. Nwaneri was expected to spend the season with the U18s but was quickly promoted to the U21s before Arteta handed him his senior debut. The 15-year-old midfielder has also impressed with his performances for England’s youth teams. He has registered one goal in three appearances for the Three Lions U17 team so far.

Former Chelsea defender Jason Cundy criticized Mikel Arteta for handing a debut to Ethan Nwaneri. Speaking to the media, he said(via Metro): “Arteta doesn’t care about the boy. I think that’s a really poor decision. It’s about Arteta all about Arteta. The manager that played the youngest ever player in the Premier League is me. I think that’s self-indulgent. When I saw the kid on the bench I thought that was great for him. What a brilliant experience for the kid.”

Nwaneri is among the most promising footballers in the UK. Arteta has only boosted his development by handing him an opportunity to feature in one of the best football leagues in the world at such a young age. As such, Cundy’s criticism of the Spanish manager seems unfair.

According to BILD, the Gunners have opened talks to sign Eintracht Frankfurt midfielder Jesper Lindstrom after failing in their pursuit to sign Douglas Luiz and Youri Tielemans last summer. It is reported that a transfer fee of close to £17 million will be sufficient to bring the Denmark international to the Emirates Stadium during the winter transfer window.

Linderstam has been in brilliant form since joining the Bundesliga club from Brondby during the summer transfer window of 2021. He has played 35 league games for the Frankfurt outfit so far, scoring six goals. The 22-year-old midfielder was among the SGE’s top performers during their UEFA Europa League triumph last season, registering one assist in nine appearances. Linderstam was also named the Bundesliga Rookie of the Season for his performances last term.

Arsenal have started the current season on an excellent note, registering six wins in seven league games so far. They sit at the top of the PL table, one point clear of second-placed Manchester City. The London outfit will next host city-rivals Tottenham Hotspur at the Emirates Stadium for a PL game on October 1. Meanwhile, Nwaneri will continue his growth with the Gunners youth teams but Arteta could hand him more opportunities in the coming weeks.