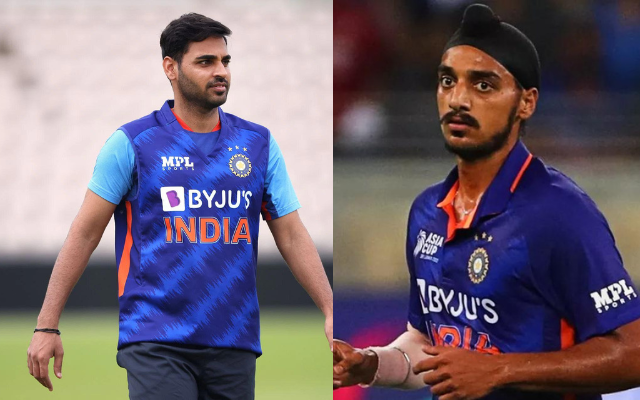 Robin Uthappa, who used to bat for India, thinks that Arshdeep Singh has a lot of talent and could become the next best left-arm pacer in the country.

Uthappa said on Parimatch India that Singh is going to be a big star, but fans should give him some time to grow because he is just starting out in international cricket. He said that the young bowler seems to enjoy the challenge of bowling when things are tough.

What did Robin Uthappa say about Arshdeep Singh?

Uthappa told us: “Arshdeep Singh could be India’s next big left-arm fast bowler, but he’s still very young. People have a lot of hopes for these guys, so it’s important to give them some time. He’s someone who wants to take on big challenges.”

Uthappa said that Arshdeep Singh had lost some of his speed after playing two overseas games in a row. He said that it is hard for a bowler to keep getting better while on tour and that a long season can make a pacer look out of sorts at times.

The former Indian player also said: “Arshdeep Singh showed that he can do well with the new ball. One must understand that a player can’t work on improving his game while touring. During a match, players focus on recovering and keeping their strength. However, the pace of the bowlers tends to slow down after a while because of travel and recovery. The same thing happened to Arshdeep, and it’s happening to Bhuvneshwar Kumar now, too, because he’s been playing so many games.”

The short break seems to have done wonders for Arshdeep Singh, as he made a roaring return. He picked up three wickets in the T20I series opener against South Africa on Wednesday (September 28).

What did he say about Mohsin Khan?

Mohsin Khan did a great job with the ball for the Lucknow Super Giants (LSG) in this year’s Indian Premier League (IPL 2022). He got 14 wickets in just nine games, which is a great economy rate of 5.96.

Uthappa said that he thought the fast bowler would be called up to the national team after a good season. He thought that Khan could be useful for Indian cricket in the future and added: “Mohsin Khan is a fast bowler with a lot of skill, and he can be a real handful. I was surprised to find out that the selectors didn’t pick him after the IPL this year. He did a great job this season.

He’s an unassuming bowler. You don’t expect him to bowl quick, but he’s very fast and also has a very good short ball.”

Khan got praise from everyone for how well he bowled in the money-rich league earlier this year. He made it hard for the best batters to hit the ball by swinging the new ball both ways.