“The Gunners Have Decided To Spend €60 Million On Him”, Arsenal Is Set To Sign A New Winger In The Next Transfer Window 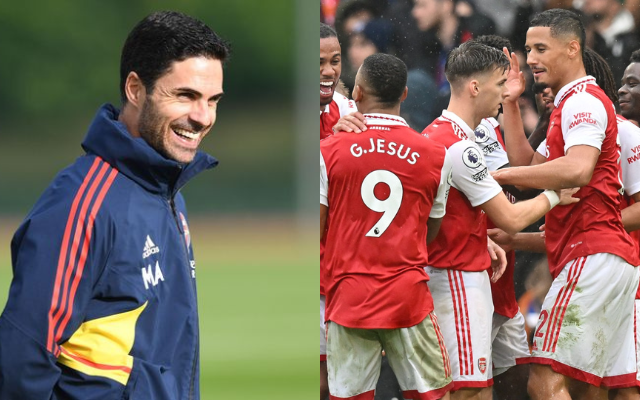 Mykhaylo Mudryk, a winger for Shakhtar Donetsk, has reportedly been offered €60 million by Arsenal in the January transfer window

Mirko Di Natale, a journalist for TuttoJuve, says that Arsenal has made an offer of €60 million for Mykhaylo Mudryk. The 21-year-old winger is the top offensive player the Gunners want to sign in the coming months.

The Ukrainian winger has been playing very well for Shakhtar Donetsk. His performance in the UEFA Champions League has caught the eye of the best clubs in Europe. Mikel Arteta needs to add more quality and depth to his attack, which is not a secret. Mudryk could be a good long-term addition to Arsenal.

The attacker for Shakhtar Donetsk is a natural left winger. But he can play on either side. Mikel Arteta and Arsenal will benefit from his versatility. At the moment, Bukayo Saka and Gabriel Martinelli are the only wingers for the Gunners. Emile Smith Rowe is an attacking midfielder who can also play on the wing. He has been injured a lot so far, though.

Arsenal is currently on top of the Premier League table. They will be hoping to stay there until the end of the season. And adding the right players in January could help them compete with teams like Manchester City. So it will be interesting to see whether or not the Gunners can get the deal done.

Can the Gunners get the deal done?

The 21-year-old is very well thought of in European football, and his future looks bright. Newcastle United, Manchester City, and Paris Saint-Germain are also interested in Mudryk, among other teams. But Arsenal is trying harder to sign him now that they know he is their top attacking target.

The rumoured offer of €60 million seems like a fair price for a player of his calibre. But Shakhtar Donetsk will have to decide if they are ready to accept it. Mudryk has shown this season in the Champions League that he can do well in the big leagues. His direct style of play could also work well in the Premier League.

The winger is only 21, so his best years are still ahead of him. So, Arsenal’s €60 million offer to buy Mudryk could be a good long-term investment if they can get the deal done.

What’s next for Arsenal?

The Gunners have had a great start to the Premier League season. They have won 11 of their first 13 games, which is a surprise, and are currently on top of the table.

But despite having a great start in the league, which continued with a 1-0 win over rivals Chelsea on Sunday, Arsenal crashed out of the Carabao Cup on Wednesday after losing at home to Brighton. Mikel Arteta brought on five players in the second half who had started at Stamford Bridge just three days earlier.

After the game, the Spaniard said about his team’s depth: “We know where we are, and we knew as soon as we had some injuries that the squad is already very, very short.”

ALSO READ: “BOOM! £65 Million Deal To Be Done?”, Arsenal Start Determined Talks With The Winger For A January Signing