“BOOM! £65 Million Deal To Be Done?”, Arsenal Start Determined Talks With The Winger For A January Signing 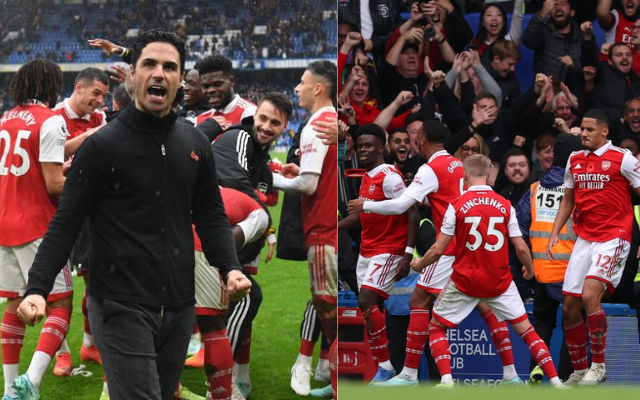 Arsenal is said to have talked to Mykhaylo Mudryk. The winger, who is worth £65 million, is a top target for the club in January

Fabrizio Romano says that Arsenal has made progress in their search for Mykhaylo Mudryk. The big club from north London have had good talks with the Ukrainian winger. But his price tag of £65 million may be too high for the Gunners.

Shakhtar Donetsk thinks a lot of Mykhaylo Mudryk and is sure he is one of the best players of his generation. The Ukrainian team is also asking for a huge £65 million fee from interested clubs. They know that Premier League clubs are very interested.

Arsenal is looking for a new winger and tried to sign Raphinha over the summer but was unable to do so. After a long battle with the Brazilian, the Gunners turned their attention to other people, such as Mudryk. But Shakhtar’s rumoured price of £50 million did not fit into Arsenal’s plan.

ALSO READ: Journalist Claims Reiss Nelson Made This Bold Prediction About Bukayo Saka In 2018 Which Has Come True

Mikel Arteta still wants to add quality in January. So the Gunners are still looking for a winger. Arsenal is willing to back their manager if it means keeping up the pace in the race for the title. And they want to add another two or three players to the team. Mudryk is one of the names on their list.

Fabrizio Romano, an Italian journalist, has now said that Arsenal has recently had good talks with Mudryk. This is the clearest sign yet that they are interested in the 21-year-old. Shakhtar, on the other hand, is said to have raised their asking price to between £60 and £65 million, which the Gunners will try to negotiate down.

Oleksandr Zinchenko, who is a star at Arsenal right now, has suggested that his countryman also join Arsenal. Another question is whether or not the Gunners and Arteta think about it. Overall, there are signs that they are interested. But the price tag of £65 million is probably going to stop them.

A lot of Premier League clubs are also interested in signing the Ukrainian winger. Newcastle United, Chelsea, and Manchester City are just some of the teams that are keeping an eye on Mudryk. Mudryk, on the other hand, has given a lot of hints and signs that he would rather join Arsenal.

The Gunners are keeping their options open for now. If they can reach a deal with Shakhtar, they might be able to sign the winger for £65 million. On their list are other players, but Mudryk could be their top choice. For now, Arsenal thinks that the price is too high.

ALSO READ: “Big Plans In January At The Emirates”, Arsenal Has Planned 4 Huge Signings In The January Transfer Window

Share
Facebook
Twitter
Pinterest
WhatsApp
Previous article“Bapu Sehat Ke Liye Tu Toh Haanikaarak Hai,” Fans Concerned About The Form Of Axar Patel Ahead Of Crucial Semis Vs England
Next article“The Gunners Have Decided To Spend €60 Million On Him”, Arsenal Is Set To Sign A New Winger In The Next Transfer Window