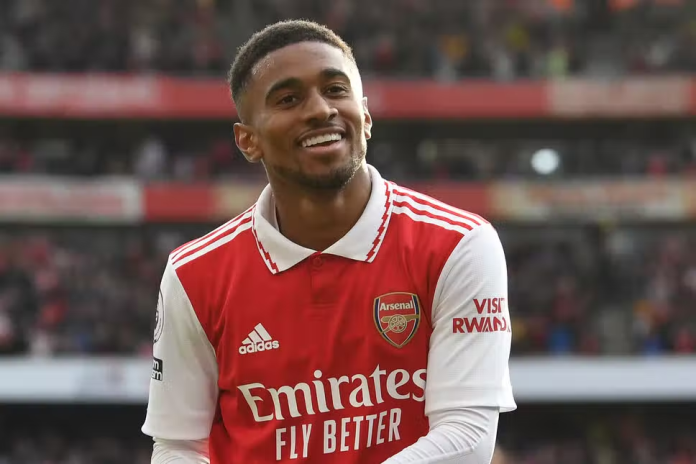 The Reiss Nelson verdict- What a player Bukayo Saka has turned out to be!! No doubt about the quality of the youngster and if he can stay at Arsenal long-term, then things will only get better. That’s for sure. With the culture at the club now changing for the better, the fans would hope that he can stay here for GOOD!!

However, football is a game of various uncertainties that define it. And nothing is known in advance with regards to what may or may not happen to a player. That is something that the fans and the Pundits know quite well.

Despite all the uncertainty, one prediction that Arsenal winger Reiss Nelson made has come true now. This was confirmed by a renowned journalist who works closely with Arsenal. The journalist in question is David Ornstein, who has quite the following.

What did David Ornstein say about Reiss Nelson and his prediction about Bukayo Saka on Rio Ferdinand’s channel?

In the chat, The Athletic journalist claimed that he had spoken to Reiss Nelson back in 2018. At that point in time, the 22-year-old told him that Saka was the best young player coming through the Arsenal ranks. Further he asked him to keep an eye out for him. That was about it.

And boy haven’t those words come true now!!? It’s good that Reiss Nelson scouted Saka within the Arsenal ranks at that point itself. He could see what the kid was doing, while a lot of others did not probably see it. Apart from Unai Emery, who gave him the chance to make a debut and impress when things weren’t really going right for him.

Over the years, Saka settled into the team post Emery giving him his debut during his time at Arsenal. After starting off as a left-winger, he moved to left-midfield and eventually to left-back under Freddie Ljungberg. Later he even played as a left wing-back for some time, before moving permanently to the right.

Now, Bukayo Saka plays as a right winger regular in the first XI of the Gunners. With that being said, what Reiss Nelson must have seen back, the Arsenal fans can see themselves now. So, while taking about it, Ornstein stated, “Actually when I went out to Hoffenheim, 2018, I think it was, he said to me that of all the young players coming through at Arsenal, the one you need to watch out for is Bukayo Saka. And I never heard of him. He had not made any headlines at all. And so it proved.”

What next for the Gunners and both Englishmen!?

As it stands, both Englishmen are now part of the Arsenal squad under Mikel Arteta. However, Reiss Nelson doesn’t play that often. He is the backup for Saka this term and made a great impact against Nottingham Forest. Despite that, the fans and coach will want him to be more consistent and keep replicating that one performance.

Whether he can do it or not and earn a regular spot in the starting XI remains to be seen. The North Londoners have one League Cup and Premier League fixture each before the start of the World Cup in Qatar. Ideally, they would want to win both games. Only time will tell how things go!!