“Will Spend £26.5 Million For Him”, Arsenal Set To Launch A Bid For A New Defensive Midfielder To Replace Thomas Partey 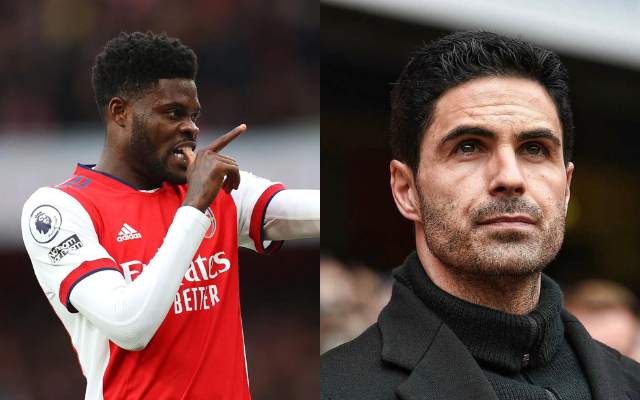 The Daily Mirror says that Arsenal is keeping an eye on Ibrahima Bamba, a 20-year-old defensive midfielder for Vitoria Guimaraes. If the Portuguese team gives the Gunners the go-ahead that they are willing to make a deal, they could make a move.

Players have come and gone many times. Arsenal has lost a lot of points and important games because their play in that area has been so bad. Thomas Partey is doing a great job in the position. But the Gunners need more players to back him up and eventually replace the Ghanaian international.

Lokonga could still play a more important role in the future. So, the Gunners are looking for a new defensive midfielder. Manuel Locatelli is one of the names that have been mentioned. If the Italian midfielder is available, he is a great choice. But Mikel Arteta could also be looking for a player he can help grow over time.

So, these things are connected to Ibrahima Bamba. The 20-year-old midfielder at Portuguese club Vitoria Guimaraes has had a good time there and could move on to a bigger team. Arsenal is said to have been keeping an eye on the player for a while. An offer could be on the table. Bamba’s contract says that he can leave the team for £26.5 million if he wants to.

Arsenal is waiting to hear from Vitoria Guimaraes about whether or not they are willing to talk about a move in January. The defensive midfielder just signed a new deal until 2026 last month. So it would be hard to go after him. But Arsenal only needs to pay his release clause of £26.5 million to get him.

Still, the Gunners have given him a lot of attention and may talk to Vitoria Guimaraes about a deal. The Portuguese team might not want to sell him in January right now, but a lot will depend on the offers they get.

Sunday’s 1-0 win over Chelsea was a great way for Arsenal to get back to the top of the Premier League table.

Gabriel was in the right place at the right time to poke home Bukayo Saka’s corner and score the game-winning goal. It was Gabriel’s second goal of the season. The Gunners were better than Chelsea the whole game. Graham Potter’s team only got one shot on goal.

ALSO READ: “The Gunners Are Willing To Pay Between €50 Million And €60 Million”, Arsenal In Talks to Sign This 100M Worth Star Player