“It’s Such A Blessing That Arsenal Got Him”, Manchester United Got Rejected By The €40M Arsenal Man Two Times 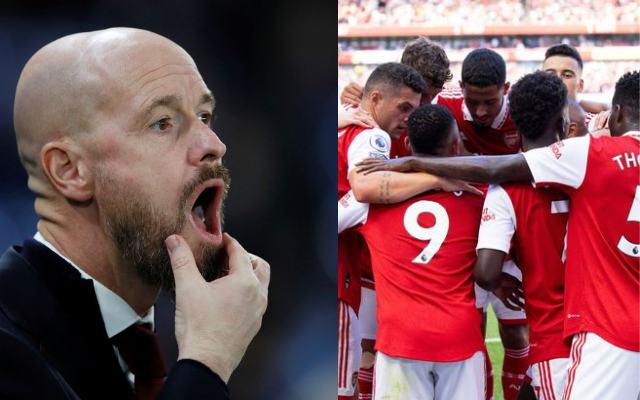 Arsenal Newsnow: According to The Daily Star, Manchester United had two previous opportunities to capture current Arsenal captain Martin Odegaard. On Sunday, the Red Devils will travel to north London to take on the Premier League’s current leaders in what might be a game that decides the division. Arsenal’s Martin Odegaard, the man behind the club’s incredible season thus far, may have donned a Manchester United jersey if circumstances had been different.

The Red Devils reportedly attempted two efforts to recruit the Norway international in the past, as reported by The Daily Star. They’ve been fans of the flashy playmaker since he was 14 and invited him to the club’s Carrington training base that year. 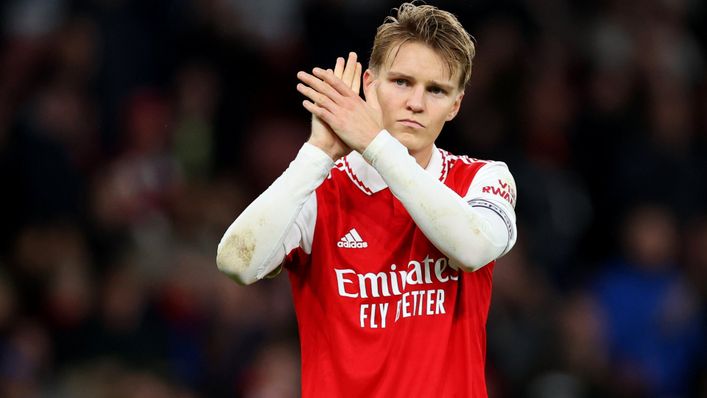 David Moyes had just replaced Sir Alex Ferguson at Old Trafford. He had chosen to give Odegaard a year to prove himself. Over the course of a year, the Norwegian prodigy’s stock rose substantially. Thus making Manchester United’s decision to pass on him an expensive one.

Some of the best clubs in the world were after him when he made history by being the youngest player to make his senior international debut with Norway. Almost every major club in Europe was interested in the offensive midfielder at that point. These include Barcelona, Real Madrid, Liverpool, and Bayern Munich.

Manchester United dispatched manager Louis van Gaal to Norway to meet with the young prodigy in person, skipping the trial period. The player made it apparent that he wanted to begin training with his first team immediately. But the Dutchman opted against making a transfer.

First-place Arsenal vs. third-place Man Utd feels like a throwback to the height of the rivalry ⏪ pic.twitter.com/SHgRjPtVws

After showing his skills on loan at several teams, he joined Real Madrid in 2015. But he was never able to break through at the Santiago Bernabeu. Moreover, Odegaard has been a game-changer for Arsenal this season and has become a team leader through his actions. After 17 games in the league this season, the Norwegian captain already has eight goals and five assists to lead the league’s best team.

David de Gea, the Goalkeeper for Manchester United, claims that the Gunners will be at an unfair advantage in Sunday’s matchup against his team

David de Gea has pointed out Arsenal’s unfair edge over his Manchester United team ahead of this weekend’s matchup. Casemiro, a midfielder for Manchester United, was sent a yellow card for the fifth time this season in United’s 1-1 draw with Crystal Palace, giving him a total of six for the season. De Gea has said that the fact that Manchester United will be without the services of the Brazil international in their Sunday matchup with United is an unfair advantage to the Gunners.

He said: “One of our best players cannot play one of the best teams. I don’t understand why we had to play today and they didn’t, that could make the difference on Sunday. He is a big loss for us.”

ALSO READ: “This Is What Real Madrid Replied Back”, Arsenal Make Their First Offer For The €40M RATED Real Madrid Star

Share
Facebook
Twitter
Pinterest
WhatsApp
Previous article“I Will Choose Between Manchester United & Tottenham”, Manchester United and Tottenham Hotspur Lock Horns For The Signing Of The €31M-Rated Midfielder
Next article10 Recent Premier League Signings That Have Been ‘All Talk And No Show’