Chelsea edged past Norwich City with a margin of 2-1 at Carrow Road. It was the first win under the management of Frank Lampard. The Blues would now be confident enough to play their next matches in the Premier League. Now, they will be back on track in the top four race of the Premier League.

The fans of Chelsea will certainly be happy with the victory. Tammy Abraham opened the scoreline for the Blues at the 3rd minute of the match. Cesar Azpilicueta provided the ball towards Tammy Abraham and it was a great finish by the young Chelsea centre forward. It was his first goal of the campaign for the Blues and he proved that Frank Lampard was right to keep faith in him.

However, the defensive unit of Chelsea are too shaky at this moment. N’Golo Kante was injured and he could not take part in this match. On the other hand, Pedro picked up a knock in the warm up session just before the match. Ross Barkley came in place of him in the starting lineup of the Blues in the match against Norwich City. Todd Cantwell scored the first goal of Norwich City at the 6th minute of the match. Teemu Pukki provided a brilliant ball towards Cantwell and he placed it perfectly into the Goal.

Mason Mount scored the second goal of the Blues at the 17th minute of the match. Christian Pulisic provided the assist for Mason Mount at the time of this Goal. Teemu Pukki scored the equaliser for Norwich City at the 30th minute of the match. Both the defensive units of Chelsea and Norwich City were really poor in the first half. There were lots of gaps and the attackers were exploiting the gaps in the defense. The first half ended with the scoreline of 2-2 at Carrow Road. 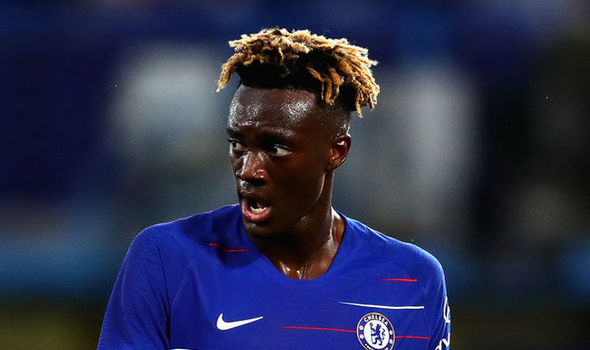 In the second half of the match, Chelsea looked at a more compact side than the first half. The gaps in the defence were less and the control of the midfield was in the hands of the Blues. We should mention the performance of Jorginho and Kovacic in the second half of the match. Mateo Kovacic provided a brilliant ball towards Tammy Abraham who scored the third goal of the match for the Blues. Chelsea was able to keep the lead till the end of the match. There are several things to ponder for the Blues at this point in time. Though these three points were much needed for them.

Frank Lampard needs to sort out his defensive problems before their match against Sheffield United the next weekend. The manager will certainly wish quick recovery of his star players from injury. Antonio Rudiger will be in line to start the game against Sheffield United. On the other hand, N’Golo Kante is also expected to be back in the starting eleven of the Blues in the next week. Callum Hudson-Odoi joined the training session. A fully fit Chelsea squad will certainly keep themselves in the top four race if they can play according to their potential.