Another Great Win For Manchester United Boss Ole Gunnar Solskjaer- A hope that swathed itself in a wrap of denouement to the title contention for the City fans turned into another week of frustration as Manchester United overturned a slender deficit to pump themselves all the way to victory. In fact, this victory for the Devils paved the way for them to slither in closer to their city rivals, though the title still seems to be a pipe dream with the handful number of matches remaining and the stringency of the schedule that they have been exposed to including the UEL final.

The Story Of This Brilliant Comeback By Manchester United

After initial domination, Manchester United started to lax their efforts. This allowed some breathing space for the hosts at Villa Park. Despite giving them some breathing room, a couple of infringements from Greenwood and Rashford that had Luke Shaw as the genesis of those efforts threatened Aston Villa menacingly.

However, Manchester United was caught at the receiving end. Villa started retorting in equal proportions around the 20th-minute mark. With United deploying a high-line defence, Villa started exploiting the same. That was with a clinical brand of Route One football.  Anwar El Ghazi and McGinn’s tenacious runs started probing Dean Henderson at that point in time.

Within a span of a few minutes, Aston Villa drew first blood. This was thanks to a howler from Victor Lindelof. The Swede handed over possession to Traore in an ineluctable space that saw the latter spearing the opportunity into the net from an acute angle. The move started from McGinn who snatched the ball from McTominay at the edge of the box and fed Douglas Luiz with an opportunity to tee off the scorer in the first place. However, a bungled flick from Luiz accorded some time to Lindelof in seeing off the threat only for the defender to make matters worse for Manchester United that intensified the frown on Solskjaer’s face.

The goal acted as an impetus for the hosts with McGinn, El Ghazi and Targett converging in front of the United goal. They did that multiple times only to be denied by a towering Harry Maguire. Further, there was some slick defending from Aaron Wan-Bissaka and Luke Shaw.

Read More: Solksjaer Dominated This Game As Well; Yet Another Great Masterclass

As the first half petered out with the scoreline that got modified in the 25th minute, United seemed fighting back already. They were sending shivers down the spine of Dean Smith. This gave their infamous revival of the title “Comeback Kings”. That is, as they have rescued 28 points from situations where they have trailed.

Surprising everyone, Solskjaer didn’t resort to any changes in personnel. Rather he imbued them with hopes of another turnaround in this remarkable season. Albeit swooping in the United box early, Villa got the jitters. That was as United broke in electrifying fashion led by the swivelling grace of Paul Pogba. It only allowed Douglas Luiz to clunk into him to extract a spot-kick. 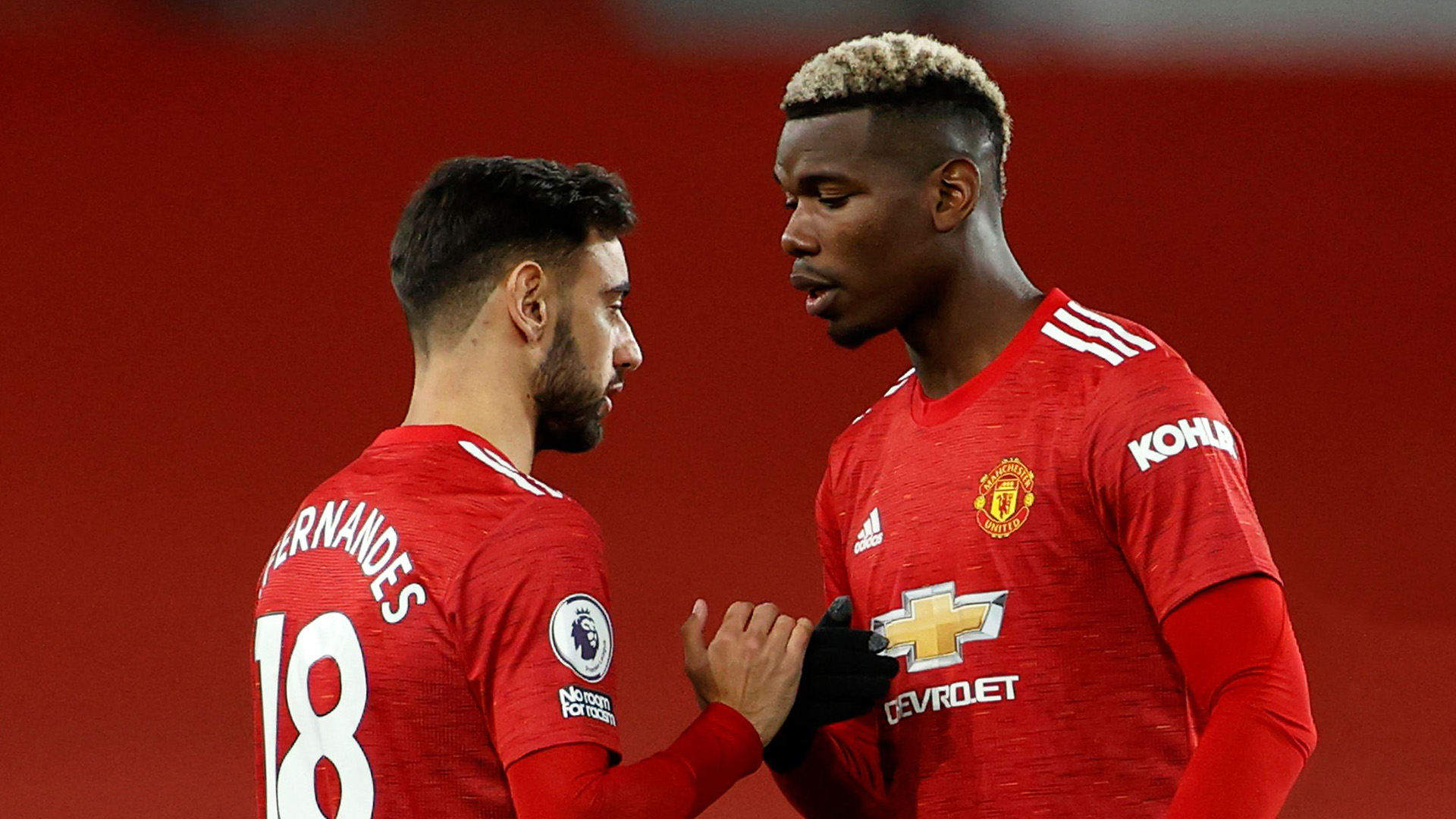 That spot-kick was the moment of revelation for Dean and his wards. Bruno Fernandes cleaved to his customary hop, steering Martinez to the left. He rolled the ball towards the right. That helped him notch up his 21st successful strike from the spot, out of the 22 he took.

It didn’t take long for the Devils to turn around the tie as Pogba proved to be exceptionally industrious before he sent United flying. It was his witty manoeuvres in the middle that engineered Manchester’s second-half supremacy with a couple of scintillating moves. Wan Bissaka conjured some crazy footwork on the right that sent his marker flying to the ground and whipped in a peach of a delivery for Greenwood to latch onto.

The young striker grabbed the opportunity, skinned Tyrone Mings with an electrifying turn and hammered it into the bottom right corner of the net past a full-stretched Martinez, establishing Manchester’s supremacy.

Another Brilliant Second Half Performance By The Red Devils

Villa did manage to script a hint of a comeback only to be denied twice in quick succession. Once again by an alert Maguire. Then a following save from Dean Henderson who doffed his cap in the second half.

Despite such a wonderful evening for Manchester United, who could turn things around in the flash of an eye, Maguire’s blow can prove to be costly. That is considering the matches that they will be playing in a very short span of time. A clattering collision with El Ghazi sent him rolling on the turf. That was with the Devils’ vanguard wincing in pain. 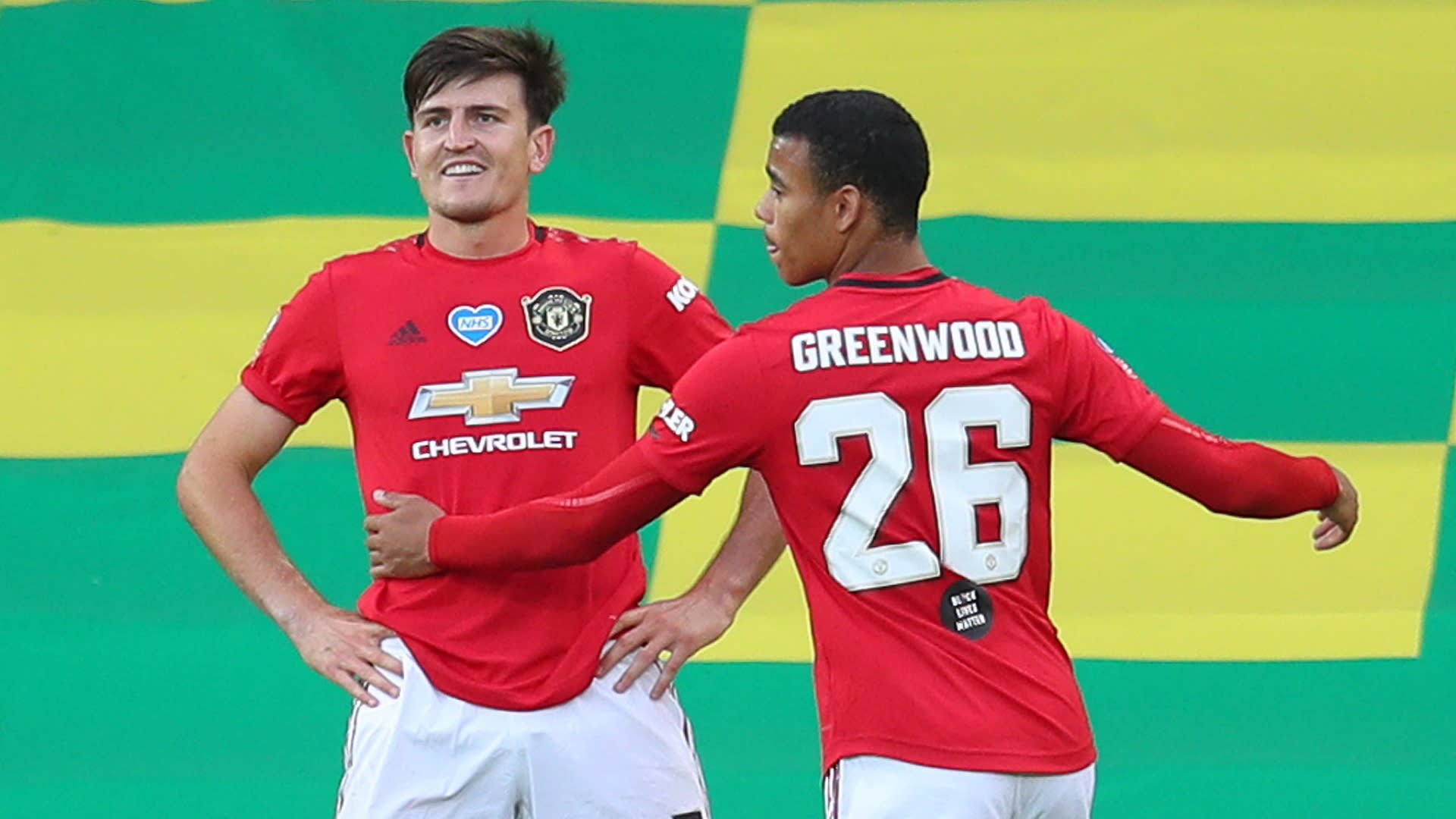 As the second half slowly dawdled to its finishing line, it was an exceptionally astute move from Edinson Cavani that sealed the fate of the game with a marvellous finish and a two-goal cushion. Fred teed up Rashford on the right who belted in a scouring cross for the onrushing Uruguayan heading home from point-blank range to put the tie to bed.

However, the drama wasn’t over yet as a late simulation from Ollie Watkins goaded the stickler to take out the second yellow for the attacker that issued his marching orders. Though it didn’t seem anything like Henderson’s effort to bring him down, yet the red card seemed a bit too austere given the circumstances.

Six minutes of stoppage time produced further intensity for the Devils. That was as Cavani spearheaded the charge. However, all those late efforts failed to budge Martinez any further. The visitors were successful in registering another victor. It was a great win for Manchester United. This was only prolonging City’s wait to lift the title, a little further.

Latest Update On Chelsea’s Ambitions In Japan, As Club Tries To...