Scoring six goals in his last six games the Real Madrid striker has hit a purple patch for the Los Blancos through his goal-scoring habits, though still the Champions League holders keep him a second preference to France’s Karim Benzema when they line up in attack.

In a recent interview Morata stated, “I’m tired of being a super-sub, about all the questions over playing time and, if I do not play, my mood. I am a team player and I am happy to be in Madrid.”

Even though it took the Spanish club two season’s and a defeat in the Champions League semi-final at Morata’s time at Juventus, they finally realized his true potential and the club triggered his buy-back clause this summer.

But despite giving top performances whenever his team requires him to the centre-forward has a clear mindset about the players he trains with. “Cristiano Ronaldo is a player who can score five goals in a single match” he states enthusiastically.

The 24 year old scored the third goal for his team and secured a comfortable 3-0 victory over Leganes in the 76th minute after shrugging off a defender and then smashing the ball into the net at the near post. Although he was a victim to several fouls in that game the La Fabrica product showed genuine maturity and did not complain about the referee, even letting reporters know that the team comes before individual players.

Zinedine Zidane has been given a lot of time to think over the international break as to whom to play and start with against their local rivals Atletico Madrid soon with his club in top position he would like to keep the momentum of his team on the up and pushing away from the other teams.

Talking about Real’s latest fixtures, the young striker seems confident enough by saying “A Madrid Derby is the kind of fixture which can win you the league title”. 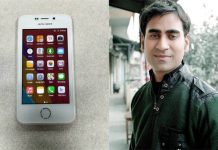 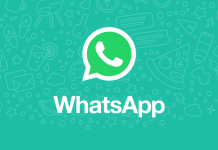 Football, The Game Of Respect: 10 Goals Against Former Clubs And...