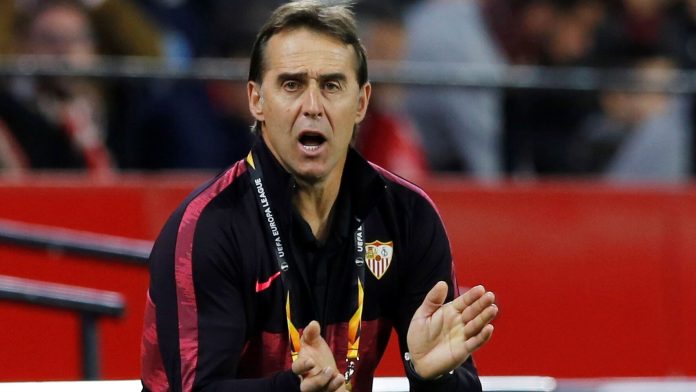 After a disastrous season with Real Madrid, no one expected Julen Lopetegui to bring in success in his first season with Sevilla but he did. His tactics and man-management were the main reasons behind Sevilla lifting the Europa League and finishing top four in La Liga. The lack of experience for his side got negated by his tactical knowledge and understanding of the game.

Lopetegui wants his side to control the tempo of the match. His side offers fast-paced football accompanied by short passing and combination play.

Sevilla mainly lines up in a 4-3-3 formation. With possession, the shape transfers into 3-4-3. Sevilla looks to build from the back. The two centre-backs split and the defensive midfielder Nemanja Gudelj drops in between them to form a three-man backline. This allows the two fullbacks to move up. 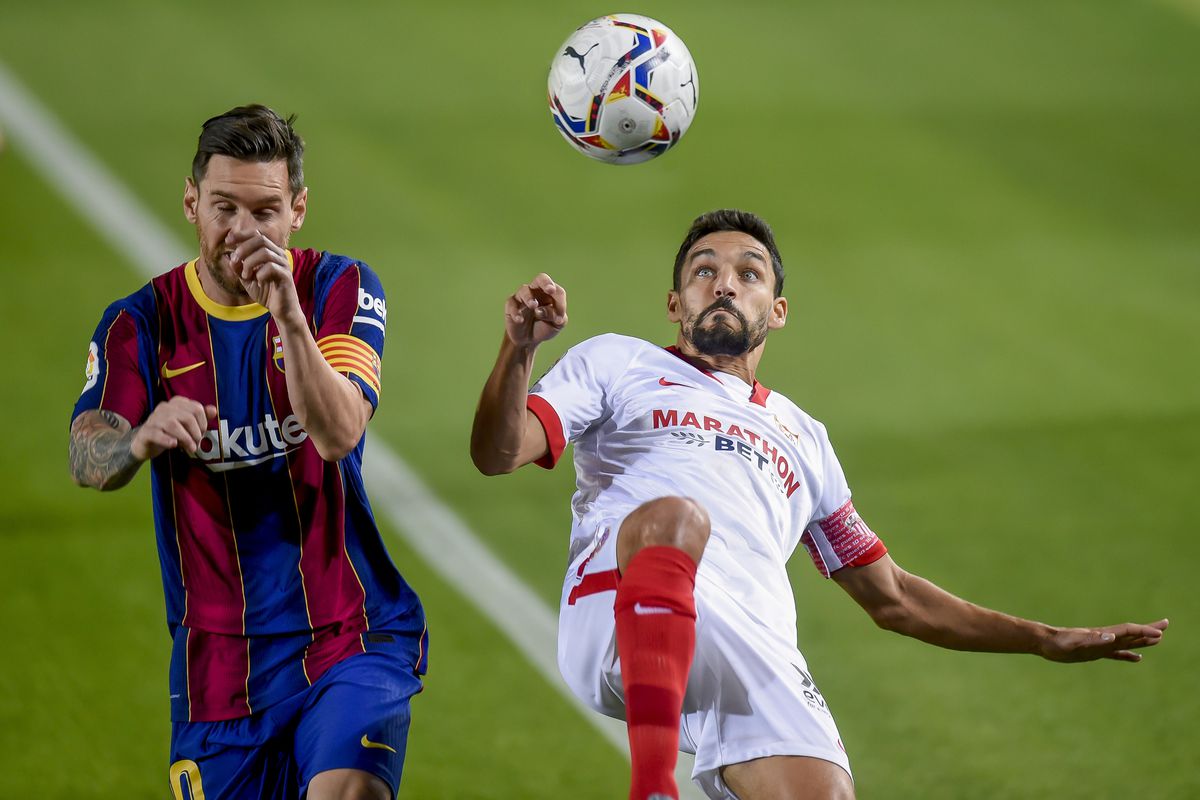 Importance of Ever Banega in Sevilla’s tactical setup:

Ever Banega as the left central midfielder used to provide the main creativity in the midfield. He has an excellent vision and a great passing range. Most of the Sevilla attack starts from his feet. He connects the play between the defence and the attack and distributes the ball to either the wings or the centre. He sometimes provides long balls behind the opponent’s fullbacks or in the centre for the centre-forward Luke De Jong, who operates as a target man.

De Jong uses his height and areal prowess to meet the long balls and crosses. He receives the balls and lays off for the other two attackers who make a run behind the defence. They also use short passes to stretch out the opposition defence and create space. This is very effective against the teams who like to create a low block. In that case, both Fernando (right central midfielder) and Banega push upfront and play short passes in front of the backline. This creates space between the opposition centre-backs and full-backs. This space is exploited by the attackers to make a run inside the box. 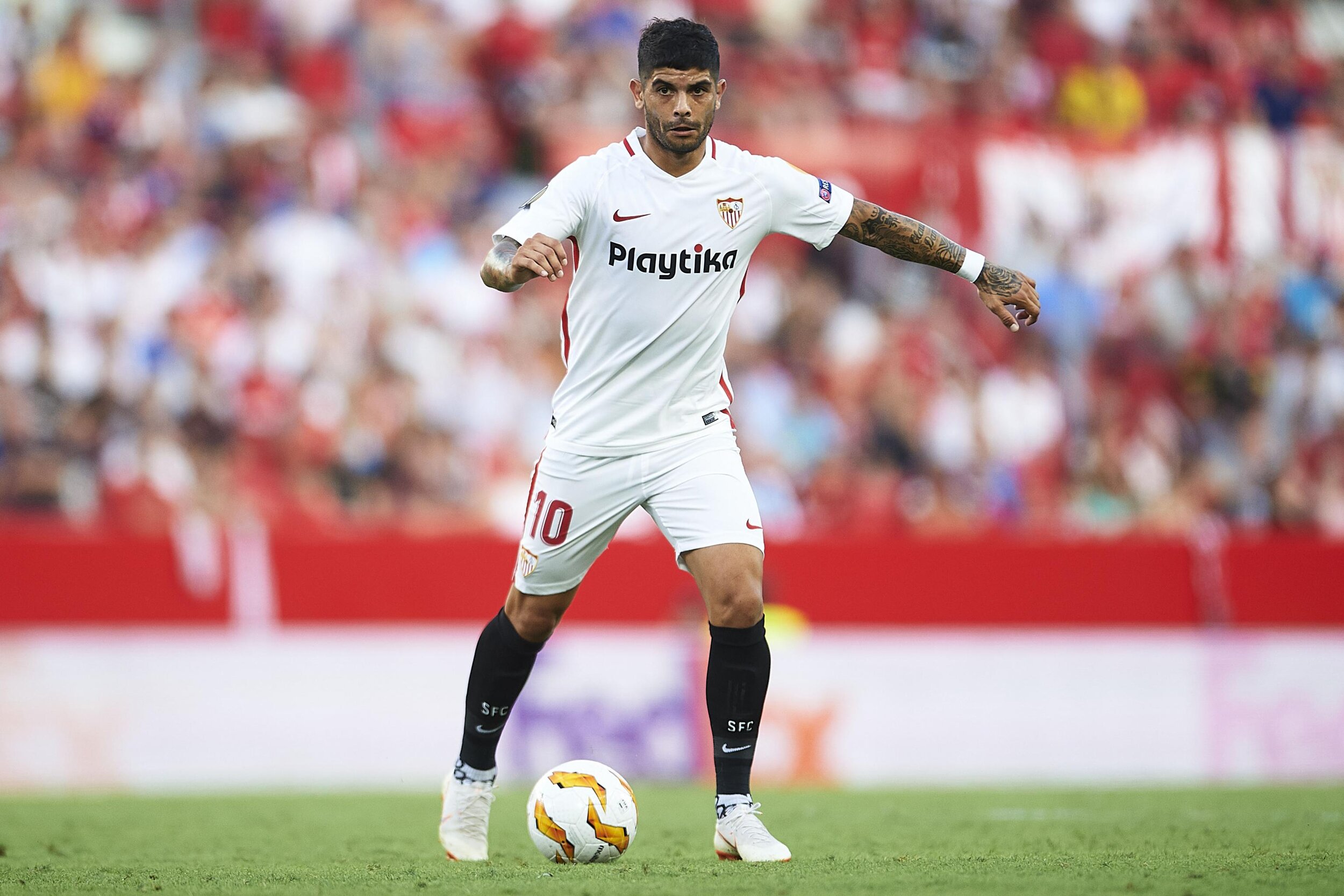 Sevilla transforms into a 5-3-2 shape. They like to maintain their shape instead of pressing high. Gudelj drop-in between the two centre-backs to form a 5-man backline. The three-man midfield of Banega, Fernando, and Suso (right-winger) drops deep. They like to stretch out the opponent by blocking their passing lanes in the middle. This forces the opponent to go wide which gets easily dealt with by their fullbacks. The centre-backs can easily negate the crosses from the flank.

Lucas Ocampos (left-winger) and De Jong drop near the centerline. This creates a blockage between the opposition’s defence and midfield and the opposition finds it hard to play from the back. Once the ball is won, the two fullbacks move upfront along with Suso and Ocampos. This helps them to exploit the space behind the opponent’s defence and a perfect long ball from Banega can do the job.

Sevilla created an overhaul this season. They changed most of their squad and injected youth blood in it. Everyone agreed to the fact that they have one of the most talented squads of La Liga but none of their fans expected this performance. Sevilla pulled off the unthinkable and most of the credit goes to the team’s management along with their manager Julen Lopetegui who believes that this is just a beginning.

Three Wingers Arsenal Can Sign To Replace Alex Iwobi In The...

Manager Out: Has Dieter Hecking Done Justice To His Wolfsburg Side?