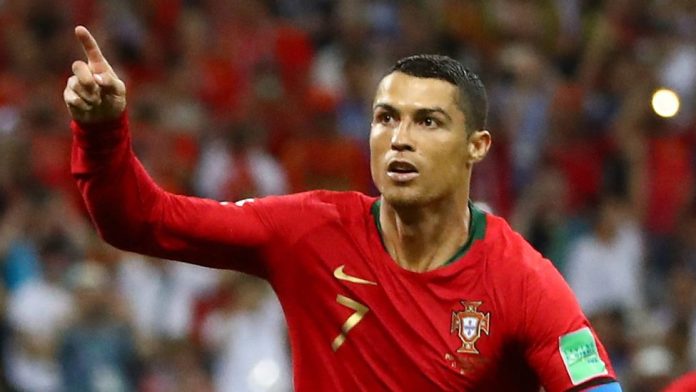 UEFA Nations’ League Update- The second set of matches in UEFA Nation’s League has now been concluded. We have witnessed quite a few good games of football and this tournament will certainly be an important tournament for the European Nations ahead of the European Championship in 2021. Germany faced Switzerland in this round of UEFA Nation’s League. In the previous match against Spain, Germany was on the verge of winning the match by a margin of one goal. However, Spain equalized at the injury time of the second half.

After dropping two points, Germany was desperate to get back on track against Switzerland. Ilkay Gundogan provided the lead to Germany. However, Silvan Widmer equalised the scoreline for Switzerland in the second half. Switzerland was dominating the game after scoring the goal. They got enough chances to take the lead in the match. However, they were not clinical in front of the goal. So, the match ended with a scoreline of 1-1.

What Spain Did In The UEFA Nations’ League

On the other hand, Spain thrashed Ukraine in the other match of this group. Sergio Ramos scored two goals. Ansu Fati and Ferran Torres were also in the scoresheet. Spain was victorious against Ukraine by a margin of 4-0.

Italy locked their horns against the Netherlands on the next day. Mancini’s side showed real quality on the pitch. Nicolo Barella scored the important goal for the Azzurri. After that, they were able to keep the lead until the end of regulation time.

England was frustrated by Denmark on Tuesday night. Gareth Southgate team selection was again under the radar as the English players were unable to create enough pressure on Denmark. Gareth Southgate used the formation 3-4-3 against Denmark where he used two defensive midfielders Declan Rice and Kevin Phillips as a double pivot. The creative players like Mason Mount and Jack Grealish were on the bench. The system is certainly not working for England and Gareth Southgate will have to think about it ahead of the match against Belgium in the next International Break.

Belgium’s Story In The Tournament

Belgium thrashed Iceland in the other match of this group by a margin 5-1. Kevin De Bruyne came back in the Belgium side and he played an important role in the phenomenal win of Belgium. Michy Batshuayi scored twice. Dries Mertens, Jeremy Doku and Axel Witsel were also in the scoresheet for the Red Devils. France won the match against Croatia quite convincingly with a scoreline of 4-2. Croatia took the early lead in the match with the goal of Dejan Lovren. However, France came back from behind with the goal of Antonie Griezmann and an own goal of Dominik Livakovic. Josip Brekalo equalised the scoreline for Croatia at the beginning of the second half. However, Dayot Upamecano scored from the header and Olivier Giroud successfully converted from the spot to win the match for France.

Cristiano Ronaldo scored two goals against Sweden to reach the 100th goal mark for his country. Portugal won back to back two matches in the UEFA Nation’s League to stay at the top of the table in their group. They will have to face France in the next match after the International Break.

How Manchester City Maintained Their 100% Win Record In The Premier...